The 2015 Fall TV Season kicks off this month with some of the most highly-anticipated British TV programs of the year. The ones in the title of this post, for a start. 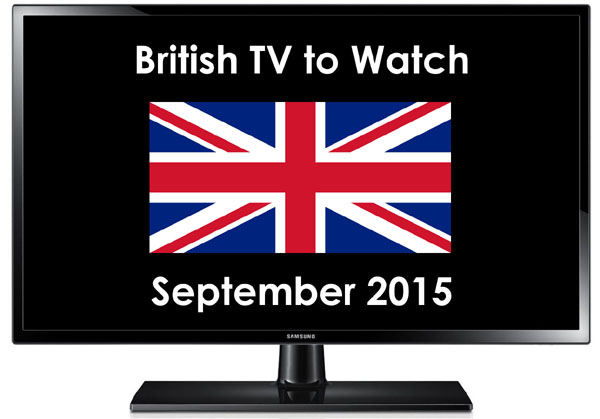 In Their Own Words: Queen Elizabeth II

One of the first Brit TV premieres this month is the documentary In Their Own Words: Queen Elizabeth II. The hour-long program follows the remarkable life of Queen Elizabeth II — from her youth, her uncle’s abdication, and her father’s coronation as King George VI, to her experiences during World War II, sudden ascension to the throne, and eventful reign of more than 60 years.

Her story (as well as mini history lessons on the English/British monarchy and the evolution of the British Empire to the British Commonwealth) is narrated alongside archival footage, photos, excerpts of public speeches on radio, and interviews with Former Prime Minister Sir John Major, actor Sir Ben Kingsley, screenwriter David Seidler (The King’s Speech), and Former President George H. W. Bush and First Lady Barbara Bush, amongst others.

Even if you know all there is to know about Her Majesty, this documentary is still fascinating. (By the way, on the 10th of September 2015, Queen Elizabeth II becomes both the longest-reigning British head of state and female monarch in history.)

In Their Own Words: Queen Elizabeth II premieres tonight, 1 September 2015, at 9 PM ET, on PBS. (Check your local listings.)

Stateside mystery fans have been waiting with bated breath for Agatha Christie’s Partners in Crime to arrive on this side of the pond, and we can all exhale (and do a mini-binge-watch) when the series debuts in a couple of days.

Adapted from two of Dame Agatha’s “Tommy and Tuppence” novels, The Secret Adversary and N or M? star David Walliams (Big School, Little Britain) and Jessica Raine (Call the Midwife, Fortitude) as Tommy and Prudence “Tuppence” Beresford, married detectives who tackle murders, spies, and more in 1950s Britain. For a taste of what’s to come, check out the first episode IN FULL below.

Agatha Christie’s Partners in Crime premieres in the US on Thursday, 3 September 2015, on Acorn TV. Click here to see the schedule of episodes, plus further details about the series.

On your mark, get set, bake! Meaning the contestants in Series 2 of The Great British Baking Show, the competition program that takes contestants out of the kitchen when they can’t take the heat of rising up to the challenge.

Judges Mary Berry and Paul Hollywood are back to determine which of this year’s thirteen contestants deserves the honor as the UK’s Best Amateur Baker, as are hosts Mel Giedroyc and Sue Perkins. You can find out who the bakers are and in which categories they’ll be competing here.

The Great British Baking Show: Series 2 premieres in the US on Sunday, 6 September 2015, at 7 PM ET, on PBS. (Check your local listings.)

Directly following The Great British Baking Show premiere is the one for Arthur & George, the adaptation of Julian Barne’s acclaimed novel

that is based on a series of actual events in the life of Sir Arthur Conan Doyle, the creator of Sherlock Holmes.

As per Sutter, TBX weaves “fact and fiction to create a new mythology” that combines his passions for history, theology, and blood. Thus, the story of TBX follows Wilkin Brattle (Aussie actor Lee Jones, Home and Away), a warrior knight in the realm of King Edward I who, broken by the ravages of war, vows to lay down his sword. The thing is, the violence finds him again, and he is forced to take up the bloodiest sword of all: the executioner’s sword.

Season 8 of Doctor Who was the highest-rated season ever on BBC America. That achievement could very well be topped with Season 9, when the Doctor (Peter Capaldi) and companion Clara Oswald (Jenna Coleman) have a slew o’ new adventures in and out of the TARDIS, starting with the ones in the two-part opener, “The Magician’s Apprentice” and “The Witch’s Familiar,” written by showrunner Steven Moffat, directed by Hettie Macdonald (“Blink”), and featuring the return of Missy (Michelle Gomez).

Speaking of return, Osgood (Ingrid Oliver) is back from the dead in S9. (Will Danny Pink be resurrected, too?) Also reprising their DW roles are Jemma Redgrave as Kate Lethbridge-Stewart and Joivan Wade as Rigsy (from S8’s “Flatline”), with S9 guest stars Maisie Williams (Game of Thrones), Reece Shearsmith (Chasing Shadows), Rebecca Front (Humans), Rufus Hound (Hounded), and Paul Kaye (Jonathan Strange & Mr Norrell), amongst others. And let’s not forget the villains, including the Zygons, Daleks, ghosts, and alien mercenaries the Mire.

All that and then some come our way when Doctor Who: Season 9 premieres on Saturday, 19 September 2015, at 9 PM ET, on BBC America.

(And remember to get your tickets to Doctor Who 3D: Dark Water/Death in Heaven,

the two-part S8 finale that screens with an exclusive prequel to S9 in select cinemas.)

Autumn gets hot and steamy when Series 1 of the hit period drama Indian Summers debuts stateside. Julie Walters (Harry Potter films, The Hollow Crown) leads the ensemble cast of this period drama set in 1932 India, when the British Raj was on the decline and a modern India was on the verge of being born.

Nested in the foothills of the Himalayas is the “little England” of Simla, where the widowed and influential doyenne Cynthia Coffin (Walters) plays host to members of the British ruling class gathered under the roof of her Royal Club. But their living the high life is but one strand in a story filled with passion, politics, and power plays.

Several British TV programs make their US broadcast premieres, or US debuts period, on public TV stations starting the 1st of September 2015, including:

The links above go to the posts for the shows, which include episode details and station lists.

In addition to Agatha Christie’s Partners in Crime, Acorn TV adds more classic Brit TV to its offerings this month, including the final four series of the beloved legal drama Rumpole of the Bailey, adapted by John Mortimer from his novels and starring Leo McKern (A Man for All Seasons) as the eponymous barrister Horace Rumpole. Series 4 is available for streaming starting the 7th of September, with Series 5-7 bowing on successive Mondays afterward. 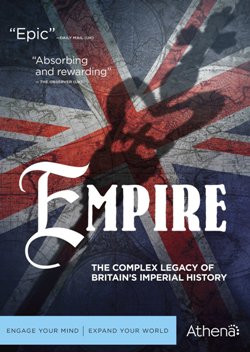 Also starting on the 7th is the documentary series Empire. Written and presented by English broadcaster and author Jeremy Paxman, this five-parter charts the rise of the British Empire in episodes titled “A Taste for Power,” “Making Ourselves at Home,” “Playing the Game,” “Making a Fortune,” and “Doing Good.”

And for a bit of quite interesting trivia and hilarious panelists, there’s the hit quiz show QI, hosted by Stephen Fry with permanent panelist Alan Davies. Series 3 and 4 of QI begin streaming on the 14th of September.

Speaking of films, Netflix has  announced two Brit ones for its September debuts: Madame Bovary, the 2014 adaptation of the acclaimed first novel by French author Gustave Flaubert, starring Mia Wasikowska (Alice in Wonderland), Rhys Ifans (Anonymous), and Laura Carmichael (Downton Abbey), amongst others. It begins streaming on the 11th of September, and is followed a week later (the 18th) by the debut of the documentary Keith Richards: Under the Influence.

Also premiering on Netflix today are the BBC documentary series Cybercrimes with Ben Hammersley and The Detectives.

And lastly (for now), Netflix also begins streaming Call the Midwife: Series 4 on the 14th of September. Stay tuned for updates as new shows are added.

And for fans of UK singing sensation Sam Smith, tune in to Austin City Limits when he performs his hit single “Stay with Me” and more, on Saturday, 12 September 2015, at 9 PM ET, on PBS. (Check your local listings.)