A new year of British TV is off to a fabulous start in the US, so let’s look at what’s coming up for the rest of 2015, starting with the programs premiering in January. 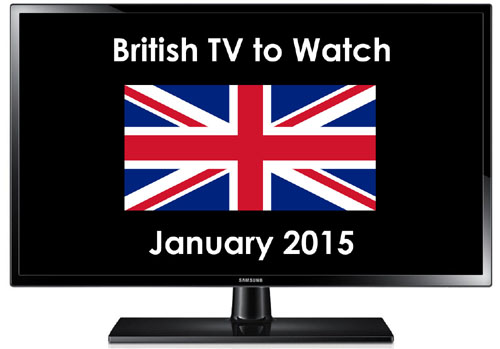 Now that the fifth season of Downton Abbey

has premiered, stateside fans can finally exhale the bated breaths. But there’s more Brit TV goodness where that come from, including the following shows, which are also making their US debuts this month.

ON NATIONAL CHANNELS AND STREAMING SERVICES

Babylon
On one hand, there are the hard-hitting crime dramas (take your pick); on the other, the comedies and spoofs, such as Dirk Gently and A Touch of Cloth. Then there’s Babylon, the first television series from Academy Award® winner Danny Boyle (Slumdog Millionaire), which is a blend of both.

Babylon follows the officers and PR staffers of the Metropolitan Police Service in London, and includes scenes shot mockumentary-style for the in-program police documentary. As one might expect, there are all manner of clashes, including those between criminals and cops, as well as between the law enforcement officials trying to contain information and the public relations executives trying to spin everything.

premieres this Thursday, 8 January 2015, at 10 PM ET on the Sundance Channel.

finale of The Fall. Will she in Season 2? No spoilers here, that would be telling.

Suffice it to say, though, that Spector is no less a psychopath than he was before he hightailed it to Scotland, and with his return to Belfast, one young, brunette woman is as likely a target for him as the next… including the victim who survived his brutal attack.

The Musketeers: Season 2
The swashbucklers are back! The first season of this historical drama was loads of fun to watch, what with it being packed with action, adventure, amour, and so much more. That’s why it landed on our favorite Brit TV shows of 2014 list.

That Peter Capaldi isn’t in the second season as the nasty Cardinal Richelieu is a bummer, but one can’t fault the man who is now The Doctor. Who is the main villain for Aramis (Santiago Cabrera, Heroes), Athos (Tom Burke, The Hour), Porthos (Howard Charles, Switch), and D’Artagnan (Luke Pasqualino, The Borgias), then? The dastardly Comte de Rochefort, played by Marc Warren (Mad Dogs, Hustle). ‘Nuff said.

The second season of The Musketeers premieres Saturday, 17 January 2915, at 9 PM ET on BBC America.

Granchester: Season 1
Two new detectives are coming to PBS Masterpiece Mystery, although one is technically a man of the cloth. That would be Sidney Chambers, a vicar in the hamlet of Grantchester in Cambridgeshire, whose unlikely partnership and friendship with Inspector Geordie Keating entails playing chess, sharing a pint, and investigating murder mysteries.

But that’s not all. Sidney’s love life (or lack thereof) serves as an arc across the first season, as does his training (or lack thereof) of the apprentice vicar. And for jazz fans, the show’s soundtrack is as hep as can be for 1953.

Based on the novels by James Runcie,

(renewed for a second series by ITV) stars James Norton (Happy Valley) as Sidney and Robson Green (Touching Evil) as Geordie, and debuts on Sunday, 18 January 2015, at 10 PM on PBS.

Fortitude
As noted in yesterday’s post, this noir crime thriller is one of the most eagerly-awaited series of the year, and it’s finally arriving this month.

The storyline a nutshell: The arctic town of Fortitude has its first homicide, and as the police chief investigates the murder with a detective from the UK, the pair start suspecting each other. Meanwhile, the governor is freaking, because the killing could jeopardize her huge plans for the place, and secrets amongst the shaken townspeople start spilling out.

stars of the stage and screen explore several more of The Bard’s greatest works, including the tragedies Antony and Cleopatra, King Lear, Othello, and Romeo and Juliet, and the comedies A Midsummer’s Night Dream and The Taming of the Shrew.

From the challenge of playing the lead roles, to the enduring relevance Shakepeare’s works, hosts Morgan Freeman, Kim Cattrall, Joseph Fiennes, Hugh Bonneville, David Harewood, and Christopher Plummer offer up insights about the six titles that you may or may not have known.

For each title, check with the station that serves your area about carriage, dates, and times. 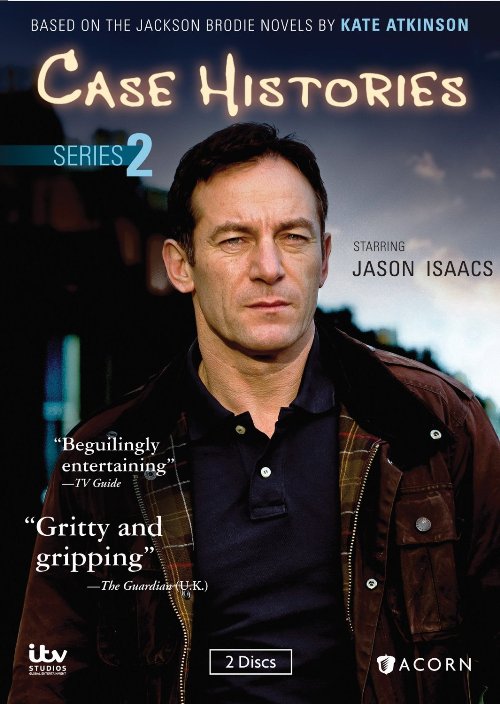 Case Histories: Series 2
It was disappointing that, after airing the first series of Case Histories, PBS didn’t pick up the second. But the waiting eventually paid off, when Acorn Media released the DVD

In Series 2, Jason Isaacs (Harry Potter films) returns as private detective Jackson Brodie for three new stories, cases that involve a young woman’s search for her birth parents, a man who might be both a cheating fiancé and a murderer, and “the Christmas Killer.” 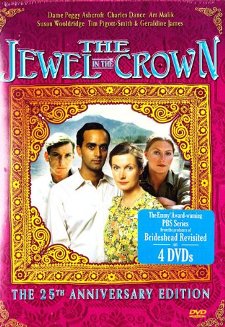 The Jewel in the Crown
This isn’t a program debut, but a re-airing that is worth noting. Adapted from “The Raj Quartet” novels by Paul Scott,

the epic drama is set in the last days of the British Raj in India, and follows the lives of a British officer, an Indian gentleman, and the women they love.

Starring Tim Pigott-Smith (North & South), Geraldine James (The Last Enemy), Judy Parfitt (Call the Midwife), Art Malik (Borgia), and Charles Dance (Game of Thrones), amongst many others, The Jewel in the Crown

was voted one of PBS Masterpiece viewers’ favorites in a 2006 survey, landing in the #6 spot amongst 250+ Masterpiece Theatre programs.

The Jewel in the Crown is a fabulous watch unto itself, and a preview of sorts for Indian Summers, the new period drama starring Julie Walters that debuts on PBS later this year. 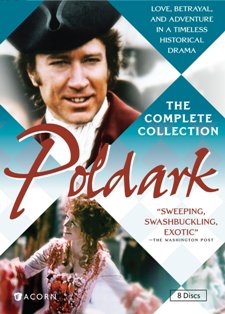 Poldark (Original Production)
This classic epic drama, which came in at #7 on the PBS Masterpiece audience survey list, is being re-broadcast by a number of public TV stations in advance of the new Poldark adaption starring Aidan Turner (The Hobbit Trilogy), which premieres on PBS in 2015.

Based on the novels by Winston Graham,

saga follows Ross Poldark, a member of the landed gentry, upon his return home to Cornwall after serving Queen and country in the American Revolutionary War. The hero has a different sort of fighting to do on his home turf against the evil Warleggan, as he pines for the lady love he lost to his cousin and learns to love again with a young woman from the working class.

Enjoy the January programs, and stay tuned for the shows debuting in February.

British TV to Watch in 2015, Part 1: January
Tagged on: Babylon    Case Histories    Fortitude    Grantchester    Poldark    Shakespeare Uncovered    The Fall    The Jewel in the Crown    The Musketeers