With new British TV programs progressing with production, a who’s who of acting talent from both sides of the pond has been announced. 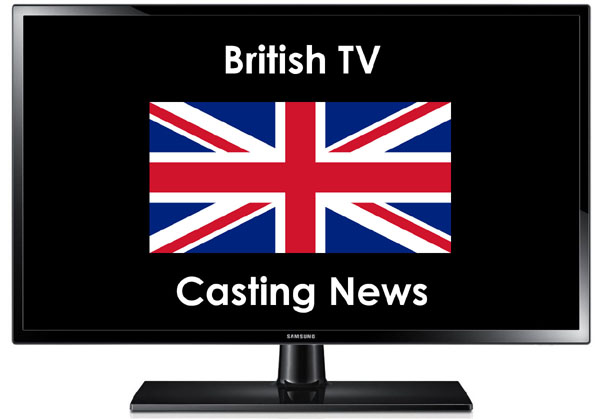 Written and directed by BAFTA-nominated writer and director Will Sharpe (Black Pond), the six-part Flowers centers on an eccentric family who live in a creaky, messy, crumbling old house and are struggling to hold themselves together. Barratt plays children’s book author Maurice and Colman plays Maurice’s music-teacher wife Deborah. The couple are barely together but yet to divorce.

As Maurice fights inner demons and dark secrets, Deborah grows increasingly suspicious that her hubby is in a secret homosexual relationship with his Japanese illustrator Shun (played by Will Sharpe) while trying to keep together the family. Said family includes Maurice’s fruitcake mum Hattie (Leila Hoffman, Bad Education) and the couple’s maladjusted 25-year-old twins Amy (Sophia di Martino, Casualty) and Donald (Daniel Rigby, From There to Here), both of whom are competing for the same girl and continually failing to grow beyond their absurdly arrested development.

Mark Strepan (The Mill) and Ben Tavassoli (No Offence) are set to star in the new BBC One investigative drama thriller, New Blood.

Created and written by bestselling author and BAFTA-nominated screenwriter Anthony Horowitz (Foyle’s War, Collision, Agatha Christie’s Poirot), New Blood features Strepan and Tavassoli in the roles of junior investigators Stefan and Rash, respectively — one Polish/British, the other Iranian/British, and neither a member of the establishment within multi-cultural, modern-day London.

Stefan works for the Serious Fraud Office and Rash for the police. Brought together by two seemingly unrelated cases, they come up against the uber rich and powerful — corporations, individuals, governments, and the new breed of criminals who hide behind legitimate facades and are guarded by lawyers. Despite being opposites, Stefan and Rash develop a bond over their shared status as underpaid and unappreciated outsiders with huge debts and little job security. As their friendship grows, they come to realize that, by quietly pooling resources and combining their different skills, they make a formidable crime-solving team and could help each other up the promotional ladder, if they don’t get themselves fired first.

The seven-part New Blood begins filming this week and further casting will be announced soon. An Eleventh Hour Films (Safe House, Foyle’s War, Vexed) production, the series is directed by Anthony Philipson (Cuffs, Our Girl, Youngers), produced by Eve Gutierrez, and executive produced by Jill Green for Eleventh Hour Films and Matthew Read for the BBC.

Oscar® nominee Tim Roth (Rob Roy, Lie to Me, Reservoir Dogs) and BAFTA winner Anna Maxwell Martin (And Then There Were None, Philomena, Death Comes To Pemberley) are set to star in Reg, BBC One’s new drama about a man who takes on the British Prime Minister over Britain’s participation in the Iraq War.

Written by BAFTA winner Jimmy McGovern (The Street, The Accused, Cracker), Reg follows the true story of Reg Keys (Roth), on a journey of grief and defiance after his son Tom is one of six Royal Military Police officers murdered in Al Majar, Iraq. As Reg and his wife Sally’s (Maxwell Martin) lives are torn apart, questions begin to arise about both the events that led to their son’s death and the legitimacy of the war itself. Left with questions that the New Labour government and Prime Minister Tony Blair refuse to answer, Reg decides to stand as an independent candidate in Blair’s own constituency of Sedgefield. 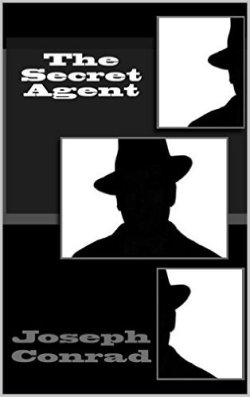 Verloc, whose seedy Soho shop hides his role as an agent of the Russian Embassy, spies on a group of London anarchists while the Russians, furious that Britain tolerates violent extremists, want Verloc to provoke a bomb outrage that will trigger a government crackdown. Caught between the Russians and the British police, Verloc drags his unsuspecting family into a tragic terror plot.

Undercover takes on controversial and challenging issues that impact society on a global scale. With the narrative intercut over different decades and concurrently unfolding in the US and UK, the series follows Maya (Okonedo), who is about to become the first black Director of Public Prosecutions. Just as her life comes under intense public scrutiny, she discovers that Nick (Lester), her husband and the father of her children, has been lying to her for years. Twenty years ago, Nick was a fearless and dedicated undercover officer, infiltrating organizations considered a danger to society because of their political beliefs. He built himself a fake past, but now with his wife suspecting and his conscience killing him, his secret identity may end up compromising his wife’s new career.

Haysbert plays Rudy Jones, a 20-year Death Row inmate, falsely imprisoned for murder. Maya can only watch as her dearest friend and client refuses to go quietly and urges her to fight the injustices that took two decades of his life. Truths will emerge, and Maya and Nick’s lives will change forever.

The six-part Undercover is executive produced by Hilary Salmon, Head of BBC Drama Production England, for BBC One and BBC America, produced by BAFTA Wales winner Richard Stokes (Broadchurch, Silk), and directed by Hugo Awards winner James Hawes (Penny Dreadful, Doctor Who) and Jim O’Hanlon (Chasing Shadows, In the Flesh). This is the first original drama co-developed under the partnership between BBC Worldwide and AMC Networks. Slated for premiere on BBC One and BBC America in 2016, Undercover is currently filming in Louisiana and the UK.