BBC One has announced the guest lead for the next season of its hit crime drama Line of Duty: Primetime Emmy® Awards winner Kelly Macdonald. 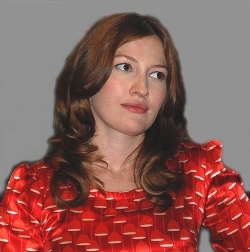 She will join series leads Martin Compston (In Plain Sight), Vicky McClure (Broadchurch), and Adrian Dunbar (Blood) when filming on the new season starts next year.

“We’re honoured that Kelly Macdonald will join Martin, Vicky and Adrian in series six of Line Of Duty. DCI Joanne Davidson will prove the most enigmatic adversary AC-12 have ever faced.”

Series 6 will debut in the US exclusively on Acorn TV (date tba).

All five seasons to date of Line of Duty are available for streaming in the States on Acorn TV and its digital channels, including Acorn TV on Amazon, and in the UK on Amazon Video.

Crime thriller Sirens is available for streaming on Prime Video.