A half-century ago tomorrow, the Apollo 11 mission put men on the Moon for the first time. In honor of this momentous achievement, specials about the Moon landing are airing up and down the dial. For folks inclined to expand their space-related viewing this weekend, here are a few British TV options.

Also streaming: Both seasons of the 2005 reboot, Captain Scarlet, on Prime Video. 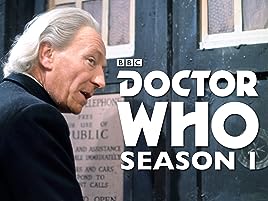 The first 26 seasons of Doctor Who, referred to as Classic Doctor Who, feature the first seven time-and-space-traveling Doctors, played by William Hartnell, Patrick Troughton, Jon Pertwee, Tom Baker (my Doctor!), Peter Davison, Colin Baker, and Sylvester McCoy, plus alien villains such as Daleks, Cybermen, and The Master. Where to watch: BritBox, BritBox on Amazon, Pluto TV (read about Pluto TV’s Classic Doctor Who channel) 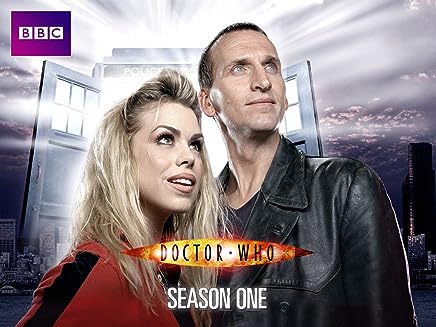 The 2005 reboot, called simply Doctor Who, picks up with the Ninth Doctor, played by Christopher Eccleston (The A Word), followed by David Tennant (There She Goes), Matt Smith (The Crown), Peter Capaldi (The Thick of It), and Jodie Whittaker (Broadchurch). Each incarnation of The Doctor and his/her companions have adventures in the past, present, and future on Earth and on near and distant planets, where (and when) they meet the Ood, William Shakespeare (Dean Lennox Kelly, Jamestown), Lady Cassandra (Zoē Wanamaker, Girlfriends), and other creatures, monsters, historic figures, and more. Where to watch: Prime Video 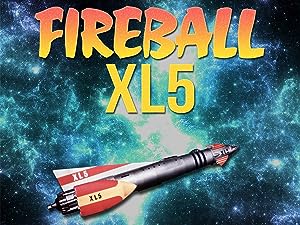 Fireball XL5, a supermarionation (puppetry) series that aired in the US on NBC during the network’s Saturday morning children’s programming block in the early 1960s, revolves around the missions of the eponymous spaceship, part of the fleet of interplanetary rockets assigned to protect Sector 25 of the Solar System from alien invasion in the early 2060s. In command of the ship is Colonel Steve Zodiac of the World Space Patrol (voiced by Paul Maxwell, Aliens), whose crew includes space medicine doc Doctor Venus and anthropomorphic robot co-pilot Robert (the two characters voiced by series creators Sylvia and Gerry Anderson). Where to watch: Prime Video

The Hitchhiker’s Guide to the Galaxy 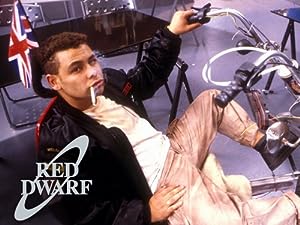 Red Dwarf is the award-winning and hilarious sci-fi sitcom, now going into its thirteenth season. Set three million years in the future aboard the eponymous mining ship, the show revolves around the interactions between and interstellar encounters of Dave Lister (Craig Charles, Coronation Street), the sole survivor of the ship’s radiation leak, and his on-board companions, including (but not limited to) humanoid feline Cat (Danny John-Jules, Death in Paradise) and the “living” hologram of Lister’s long-dead superior, Rimmer (Chris Barrie, The Brittas Empire). Where to watch: Amazon Video, BritBox, BritBox on Amazon 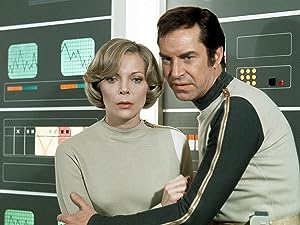 Space: 1999 follows the inhabitants of Moonbase Alpha, a scientific research center on the Moon, after an explosion blasts the Moon out of Earth’s orbit and solar system and leaves them stranded and looking for a new planet in deep space to call home. The then-husband-and-wife team of Martin Landau and Barbara Bain (both of Mission: Impossible) leads the cast; he plays Cmdr. John Koenig, Moonbase Alpha’s leader, and she plays Helena Russell, the head of the center’s medical section. Where to watch: Amazon Video 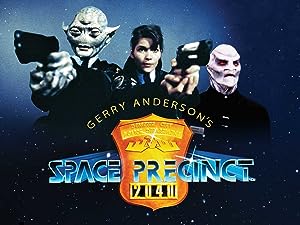 Set in the year 2040, Space Precinct stars Ted Shackelford (Knots Landing) as Patrick Brogan, a former NYPD detective who, with his fellow Earthling partner Jack Haldane (Rob Youngblood, Melrose Place), works for the Demeter City police force on the planet Altor, where the men struggle to adjust to living in another solar system, all while investigating crimes committed by both aliens and humans. Where to watch: Prime Video