BritBox made a number of announcements today at the Winter 2019 TCA Press Tour, including about new shows and a new partnership with Oscar® nominee Jeff Pope. 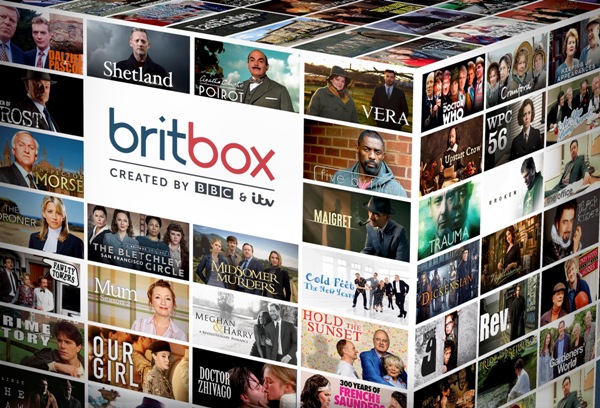 About a month shy of its second anniversary and already past the half-million mark in subscribers, BritBox, the SVOD streaming service from BBC Studios and ITV, will be bringing several new and returning series from the UK to this side of the pond in 2019 and beyond.

Similar to them, The Barking Murders is a factual drama — one that focuses on the families of the victims of Stephen Port, the notorious killer who used dating websites to find, rape, and murder four men in Barking, London. The limited series stars Emmy® Award winner Stephen Merchant (Extras, The Office) as Port, and co-stars BAFTA winner Sheridan Smith (Cilla, Mrs. Biggs).

Both The Barking Murders and The Hatton Garden Heist are slated to premiere on BritBox in 2019.

Two titles that BritBox showcased at TCA are There She Goes and Living the Dream.

There She Goes is a dramedy about a family with a 9-year-old daughter whose learning disabilities present her parents and brother with a host of unique challenges. Starring David Tennant (Doctor Who, Broadchurch) and Jessica Hynes (Twenty Twelve, Up the Women), it is based on the family life of the show’s writer and creator, Shaun Pye (A Young Doctor’s Notebook & Other Stories), and is inspired by and borrows heavily from his family’s experiences. By turns heartbreaking and hilarious, There She Goes premieres on BritBox in April 2019.

Living the Dream is an ensemble cast comedy-drama series that follows the Pembertons, a British family of four who relocate from rainy Yorkshire to sunny Florida to take ownership of a caravan park. Soon after arriving, they learn the American dream isn’t all it’s cracked up to be, but the love of your family and the support of new friends can help you overcome failed dreams and make new ones. The cast includes Philip Glenister (Life On Mars, Outcast), Lesley Sharp (Scott & Bailey, Afterlife), Kim Fields (The Facts of Life, Living Single), Kevin Nash (Magic Mike, John Wick), and Leslie Jordan (Will & Grace, Boston Legal). Living the Dream premieres on BritBox in May 2019.

In addition, BritBox will continue to collaborate with its producing partners on new seasons of established hits, such as Bancroft with Sarah Parish (W1A), Cold Feet with James Nesbitt (Stan Lee’s Lucky Man), and the final season of Mum, starring Oscar® nominee Lesley Manville (River).