There’s a lot happening in the world of British TV, including announcements about new series and casting, and a streaming series headed to linear TV. 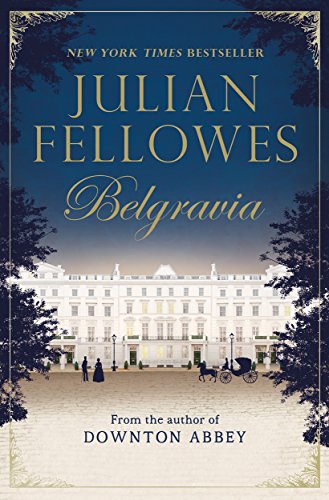 The latest TV series from Julian Fellowes is Belgravia, a Downton Abbey-esque drama set in 1840s London that he is adapting from his best-selling novel of the same name.

Commissioned by ITV, the six-part limited series is a story of secrets and dishonor amongst the upper echelon of London society in the 19th century. When the Trenchards accept an invitation to the now legendary ball hosted by the Duchess of Richmond on the fateful evening of the Battle of Waterloo, it sets in motion a series of events that will have consequences for decades to come as secrets unravel behind the porticoed doors of London’s grandest postcode.

Casting is underway for Belgravia, which begins filming in spring 2019. The series is a Carnival Films co-production with American premium cable network Epix for ITV. 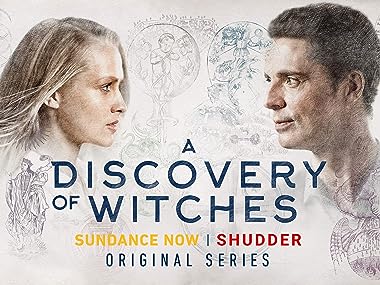 A Discovery of Witches

Following its hugely successful premiere on Sundance Now and Shudder (and their respective Amazon channels), Season 1 of hit fantasy drama A Discovery of Witches, which has already been renewed for Seasons 2 and 3, is headed to linear TV.

Based on Deborah Harkness’ best-selling book of the same name, the first novel in her “All Souls Trilogy,” this modern-day love story stars Matthew Goode (The Crown) as Matthew and Teresa Palmer (Hacksaw Ridge) as Diana — a vampire and a witch who fall in love while trying to prevent devilish witches, vampires, and daemons from getting their clutches on a magical manuscript while concurrently trying to stay ahead of their pursuers…

A Discovery of Witches will make its network television debut on Sunday, April 7, at 9 PM ET/PT, on AMC and BBC America, where it will begin its eight-week run directly following the US premiere and BBC America-AMC simulcast of Killing Eve: Season 2 at 8 PM ET/PT.

Seasons 2 of A Discovery of Witches is expected to begin production later this year.

Joining the cast are John Heffernan (Dickensian), Joanna Scanlan (No Offence), Dolly Wells (Can You Ever Forgive Me?), Morfydd Clark (Patrick Melrose), Lujza Richter (Phantom Thread), and Mark Gatiss (The League of Gentlemen).

Set in 1897 Transylvania, the three feature-length episodes will re-introduce the world to the blood-drinking Count, who is drawing up plans against Victorian London.

Commissioned by BBC One and produced by Hartswood Films, Dracula will begin filming this spring. It will premiere on BBC One in the UK and on Netflix outside of the UK (dates tba).

As in Catherine, Empress of Russia. Set in 18th-century Russia, this “genre bending, anti-historical” drama follows the rise of the woman from “Catherine the Nothing to Catherine the Great.” Playing her is Elle Fanning (Maleficent, Mary Shelley).

Created, written, and executive produced by Tony McNamara (The Favourite), The Great goes into production later this year and will premiere in the US as a Hulu Original series in 2020, exclusively on Hulu.

Year of the Rabbit

Already in production is Year of the Rabbit, a new comedy miniseries starring Matt Berry (Toast of London, The IT Crowd) as Detective Inspector Rabbit, a hardened, booze-hound copper in Victorian London. Freddie Fox (Victor Frankenstein) plays Rabbit’s hapless, by-the-book new partner, Wilbur Strauss, at Whitechapel police station, and Susan Wokoma (Chewing Gum) plays Mabel Wisbech, the chief of police’s lewd but insightful adoptive daughter who becomes the country’s first female police officer. Together, the crime-fighting trio must deal with street gangs, crooked politicians, the Elephant Man, and more as they bring justice to the streets of the East End.

Year of the Rabbit will premiere on Channel 4 in the UK and IFC in the US (dates tba).