Ten new programs, seasons, and streaming premieres, plus the final episode of a hit Brit mystery series, debut nationally in the US in February. There’s more besides, too. 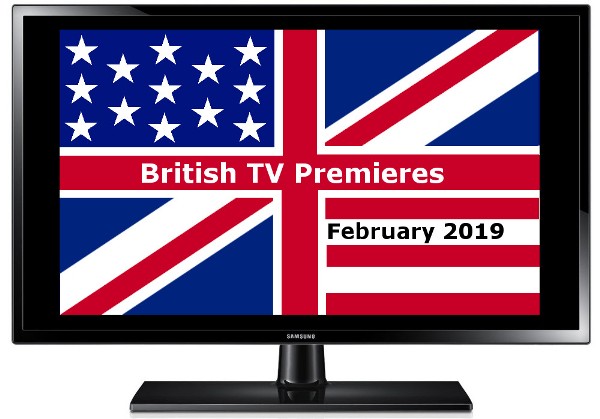 Two-time Oscar® nominee John Malkovich (In the Line of Fire) stars as Belgian detective Hercule Poirot (here with a goatee) in this adaptation of Agatha Christie’s novel. The story follows Poirot as he plays a game of cat and mouse with a serial killer known as “A.B.C.” and races against the clock to prevent (alphabetically-ordered) murders. Costarring Rupert Grint (Harry Potter), The ABC Murders, a Prime Original series, premieres in the US on Friday, February 1, exclusively on Prime Video. (You can add it to your queue now.) 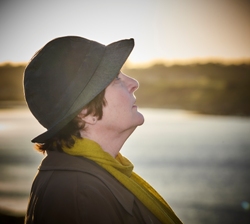 The past collides with the present in the final episode of Vera‘s ninth season — an adaptation of Ann Cleeves‘ novel The Seagull. After receiving information about a man who disappeared two decades ago, DCI Vera Stanhope (two-time Oscar® nominee Brenda Blethyn, Little Voice) reopens a cold case — one that has links to her deceased father. The Vera: Season 9 finale premieres in the US on Sunday, February 3, exclusively on BritBox. (Photo courtesy of BritBox)

Hosted by Chris Packham, Michaela Strachan, and Gillian Burke, this annual nature series charts wildlife in the UK during winter. This show will be presented from a new location this season: Cairngorms National Park in Scotland, where freezing temperatures and the snow laden landscape set the backdrop as various species prove what it takes to survive in unforgiving climates. Winterwatch premieres in North American on Tuesday, February 5, exclusively on BritBox. (Video is from 2018)

John Simm (Life on Mars) stars in this thriller as Jonah Mulray, a professor who must put his fear of flying aside to travel to Hong Kong, where his wife, Megan (Dervla Kirwan, Ballykissangel), was killed in a car crash. Soon after he arrives, Jonah discovers she’d been living a double life and he must untangle a web of conspiracy to learn the truth about her murder. White Dragon, a Prime Original series, premieres in the US on Friday, February 8, exclusively on Prime Video. (You can add it to your queue now.) 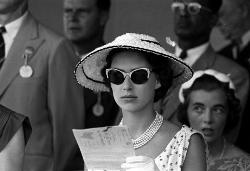 This new two-part documentary profiles Princess Margaret, the younger sister of Queen Elizabeth II. Featuring rare footage and interviews with those who knew her best, it offers insight into Margaret’s turbulent life and reveals her as the first truly modern princess. Margaret: The Rebel Princess premieres in the US on Saturday, February 10, at 10 PM ET, on PBS. (Photo courtesy of Getty / Popperfoto/Contributor) 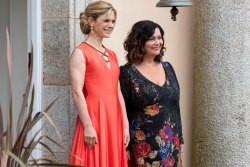 In the new season of this Cornwall-set drama, Gina (Dawn French, The Vicar of Dibley) and Sam (Emilia Fox, Silent Witness) have found a way of working and living together, but dashing celeb chef Mason Elliot (Vincent Regan, The Royals) threatens to undo all that they’ve worked so hard for. Delicious: Series 3 premieres in the US on Monday, February 11, exclusively on Acorn TV. (Photo ©Sky UK Limited, courtesy of Acorn TV)

Love knows no bounds in this groundbreaking comedy, which tells the story about the blossoming romance between 26-year-old Leo (Harry Hepple, Stan & Ollie) and 40-year-old Judy (Rebecca Root, Flack, see below). Leo is completely comfortable with Judy being transgender, but not everyone is as cool about it as he is. Boy Meets Girl: Season 1-2 has its North American streaming premiere on Tuesday, February 12, on BritBox.

This delightful new mystery series has been airing on select public TV stations and will be available soon via SVOD. Jo Joyner (EastEnders) plays Luella Shakespeare to Mark Benton’s (Northern Lights) Frank Hathaway — he’s a police detective-turned-private investigator and she’s a client who becomes his rookie partner. Together they form an unlikely yet effective team as they crack cases in Stratford-upon-Avon. Shakespeare and Hathaway: Private Investigators has its SVOD streaming premiere in the US on Tuesday, February 19, exclusively on BritBox.

Oscar® winner Anna Paquin (The Piano) stars in this new dramedy series as Robyn, an American crisis PR strategist living in London. Robyn is an expert in her work, and she’s equally as effective in self-sabotaging her personal life. Costarring Sophie Okonedo (Undercover) and Marc Warren (Safe), Flack, a Pop Original series, premieres in the US on Thursday, February 21, at 10 PM ET, on Pop TV. 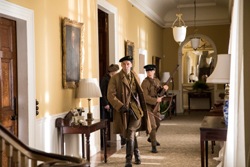 Set four years after the events in the first season of Rebellion, during Ireland’s War of Independence, this follow-up finds members of the Resistance fighting for their lives and their future, and shows how the events of the war, which culminates in Bloody Sunday, changes everything in their lives and their society. Rebellion: Season 2, a Netflix Original series, premieres in the US on Friday, February 22, exclusively on Netflix. 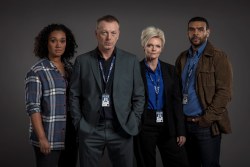 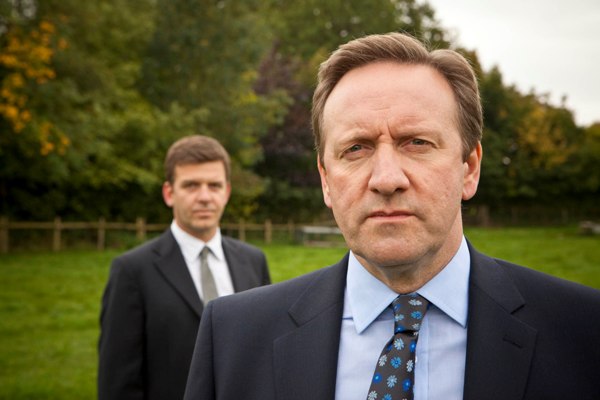 A new detective arrives in Midsomer when the hit Brit mystery drama returns to public television with its fourteenth season in February. He is DCI John Barnaby, played by Neil Dudgeon (The Mrs. Bradley Mysteries), who teams up with DS Ben Jones (Jason Hughes, Marcella) to investigate grisly murders in the picturesque county. For the complete list of public TV stations and my interview with Neil Dudgeon, read this article.

NON-PREMIERE TITLES TO BE ADDED TO STREAMING SERVICES & TV SCHEDULES

Titles in this section begin streaming on the dates shown below on Acorn TV and the Acorn TV channel on Amazon. (Photos courtesy of Acorn TV) 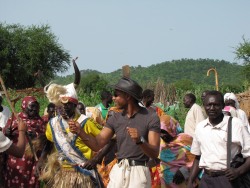 Jonny Sweet (Loaded) and Cara Theobold (Downton Abbey) star in this comedy series as two mismatched young people in the early, fragile stages of a new relationship. When Tom and Ellen are together, things seem to work. But things seem to unravel due to the interferences, obstructions, and general disasters wrought by their parents, siblings, friends, and exes. Together begins streaming Monday, February 4. 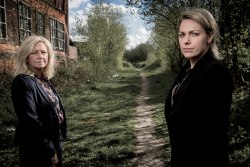 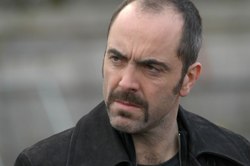 Season 3 of this hit crime drama finds maverick undercover cop Tommy Murphy (James Nesbitt, Cold Feet) taking on the biggest challenge of his career by posing as a hit man to bring down a London crime boss and cop killer. Goes deeper underground than ever, Murphy fakes an assassination, puts his life at risk, and sabotages a complex, costly police operation in pursuit of a bigger prize. Murphy’s Law: Series 3 begins streaming Monday, February 11, exclusively on Acorn TV.

I LOVE this movie!!! One of my favorite UK shows of 2014 and the feel-good program of that year, this BAFTA winner stars Toby Jones (Detectorists) as the real-life national treasure Neil Baldwin. Although diagnosed as having learning difficulties when he was a child, Neil’s unwavering belief that he can be, do, and have whatever he wants has proved to be spot on and allowed him to lead an amazing life and to be an inspiration to us all. Marvellous begins streaming Monday, February 18. 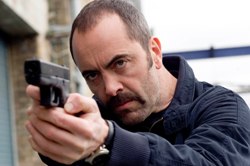 Series 4 finds Murphy allying himself with a vicious hoodlum to bring down a drug empire, while struggling to take care of his Alzheimer’s-stricken mother. When two fellow undercover officers go missing in Series 5, Murphy resolves to find them, despite foot-dragging by his superiors, and his search mires him in a world of human trafficking, prostitution, and murder. Murphy’s Law: Series 4-5 begins streaming Monday, February 25, exclusively on Acorn TV. 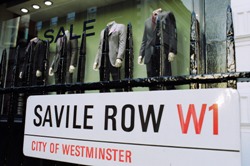 This three-part BBC documentary about London’s center of fine tailoring looks at the challenges facing these tailors today: the need to appeal to the next generation of customers and craftspeople, the musts of marketing themselves internationally, and the arrival of a global jeans and T shirt outlet right on the corner of The Row. Savile Row begins streaming Monday, February 25.

Titles in this section begin streaming on the dates shown below on BritBox and the BritBox channel on Amazon. (Photos courtesy of BritBox) 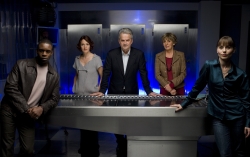 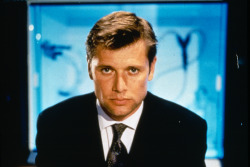 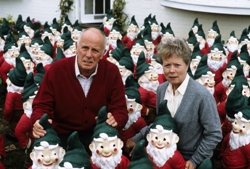 In this classic BBC Britcom, Victor Meldrew (Richard Wilson, Merlin) takes early retirement after being made redundant in his security guard job, forcing his long-suffering wife Margaret (Annette Crosbie, Little Dorrit) to listen to his constant whinging about his (self-created) misfortunes. One Foot in the Grave: Seasons 1-3 begins streaming Tuesday, February 26. (Photo by Barry Boxall © BBC 1990)

Titles in this section begin streaming on the dates shown below on Hulu.

Titles in this section begin streaming as Prime Video offerings on the dates shown below. Shows and schedules are subject to change without prior notice.

A burning fishing boat on the Channel turns into a new case for British Detective Chief Inspector Karl Roebuck (Stephen Dillane, Game of Thrones) and French Commander Elise Wassermann (Clémence Poésy, Genius) in the third and final season of this multiple award-winning crime thriller series. In dealing with a toxic and terrifying duo, the detectives are tested to their limits and must make personal sacrifices. The Tunnel: Vengeance (Season 3) begins streaming as a Prime Video offering on Tuesday, February 5.

Set on the French Riviera, this thriller follows Georgina Clios (Golden Globes® nominee Julia Stiles, Dexter), an American art curator whose billionaire husband (Anthony LaPaglia, Bad Blood) dies in a yacht explosion. When she learns his fortune and lifestyle were linked to murder and more, Georgina searches for the truth about his life and death. Riviera: Season 1 begins airing Saturday, February 9, at 10 PM ET, on Ovation TV.

Did you miss any of the new shows from previous months? Check out the British TV Viewing Guide 2019 Archives to find out.

For details about the February premieres of shows from Australia and New Zealand, visit The Down Under TV Place. For those about the debuts of original-language, English-subtitled programs from Europe, visit The Euro TV Place.