We watch British mystery shows and read British crime novels, and thanks to BBC Sounds, we can listen to British tales of murder and mayhem, too.

At the end of last year, UKTV and PBS Masterpiece announced their co-commission of Annika, a new mystery-crime drama television series starring Nicola Walker (Unforgotten, The Split, Last Tango in Halifax), which is based on the hugely successful BBC Radio 4 drama Annika Stranded (also performed by Walker).

You can listen to Annika Stranded and much more — from crime dramas and historical dramas, to supernatural and sci-fi stories — on BBC Sounds, the BBC’s non-geo-restricted streaming audio service. With BBC Sounds, you can listen to BBC radio programs, podcasts, music, and more from anywhere in the world, as long as you have an internet connection for your computer or a mobile data connection for the BBC Sounds Android or iOS app on your mobile device.

Since many British TV fans gravitate toward mystery-crime drama programs, let’s focus here on some of the BBC Sounds titles in this genre.

There’s more besides the above on BBC Sounds. Check ’em all out! 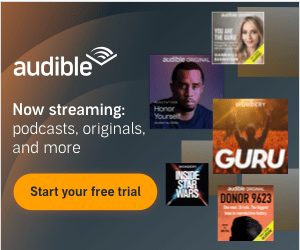