Mark your calendars, because PBS has a couple of returning fan-favorite series, plus a new special especially for Downton-ites.

As with all shows on PBS, check your local listings for the exact broadcast time in your area. 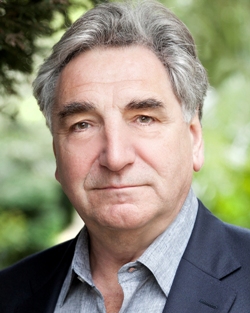 In advance of the premiere of the Downton Abbey feature film this fall, PBS takes a look back at the award-winning, worldwide phenomenon of a television series in Downton Abbey Returns!, a new special presented by Jim Carter (pictured), who played Mr. Carson, the Crawley family’s loyal and much-loved butler.

The two-hour program includes new interviews with the cast of Downton, series creator and writer Julian Fellowes, and executive producer Gareth Neame. It also features video clips of emotional moments from all six seasons (some never seen before), as well as exclusive sneak peaks from the upcoming movie, which is currently in production and slated to be released in theaters on September 20, 2019.

Until then, you can rewatch the entirety of Downton Abbey on Prime Video. 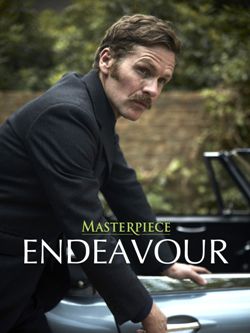 One of the most popular British mystery dramas returns to stateside telly next month. And with the latest season of Endeavour comes one of our favorite detectives — DS Endeavour Morse (Shaun Evans, Silk) — in four new feature-length episodes penned by series creator Russell Lewis.

Set in 1969, Season 6 finds the now-former Cowley team scattered across Oxfordshire. Endeavour is back in uniform in an isolated countryside outpost, while Thursday (Roger Allam, The Thick of It) has a new role at Castle Gate CID alongside former adversary DCI Ronnie Box (Simon Harrison, Fearless) and new sidekick DS Alan Jago (Richard Riddell, Bodyguard). Meanwhile, DS Jim Strange (Sean Rigby, Gunpowder) is in a management role with Division, while CS Reginald Bright (Anton Lesser, Game of Thrones) has been relegated to the Traffic department. And hanging over the four men, individually and collectively, is the shadow of the tragic murder of DC George Fancy, a still-unresolved homicide.

The murder mysteries this season include the deaths of a schoolgirl, an astrophysicist, a chocolate factory owner, and an Oxford librarian.

Returning to the series are James Bradshaw (Hollyoaks) as Dr Max DeBryn, Sara Vickers (Shetland) as Joan Thursday, Abigail Thaw (I Want My Wife Back) as Dorothea Frazil, and Caroline O’Neill (Last Tango in Halifax) as Win Thursday.

(Re)Watch the series from the beginning. Endeavour‘s feature-length pilot episode is available on Amazon Video and Seasons 1-5 are on Prime Video. 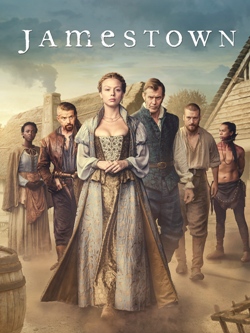 The third and final season of Jamestown rounds out PBS’s trio of British TV premieres in June. Set in the early 1600s, this historical drama follows the first British settlers in America and the three women — Jocelyn Woodbryg (Naomi Battrick, The Indian Doctor), Alice Kett (Sophie Rundle, Gentleman Jack), and Verity Bridges (Niamh Walsh, Holby City) — who arrive in the colony of Jamestown to marry the men who paid for their passage (although things don’t necessarily turn out as planned).

Season 3 finds Jamestown’s trade booming and the tobacco farms thriving. But the settlers’ aspirations soon clash with the realities of creating a new nation on foreign soil. Tensions rise as the flourishing community seeks expansion onto Pamunkey land, and as Governor Yeardley’s (Jason Flemyng, Save Me) thirst for power and wealth grows, there are far reaching consequences.

Catch up on Seasons 1 and 2 of Jamestown on PBS Passport, the PBS Masterpiece channel on Prime Video, Amazon Video, and iTunes.