The highly-anticipated, anxiously-awaited Brit TV subscription video-on-demand service from the BBC and ITV is now live and streaming new exclusives and old favorites.

BritBox, the SVOD platform from BBC Worldwide and ITV, has launched with nearly 200 titles across the drama, mystery, comedy, documentary, and lifestyle genres.

Premieres during this launch month include the crime drama/mystery series New Blood, historical drama Tutankhamun, the latest adaptation of The Moonstone, and the reboot of the beloved drama Cold Feet, as well as forensic crime drama Silent Witness: Season 20 and three seasons’ worth of documentaries from Louis Theroux. 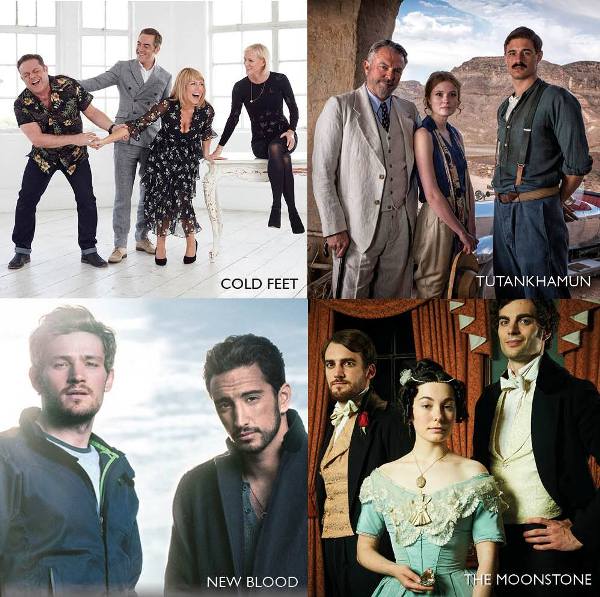 Titles that are new to streaming include the historical drama Charles II: The Power and the Passion (aka The Last King), the classic Britcom Are You Being Served, and the mystery series Inspector Lynley, amongst others.

Streaming for the first time in the US are the soap operas Casualty, Emmerdale, and Holby City, mystery/crime drama Wycliffe, spy thriller The Sandbaggers, and the surreal dramedy A Very Peculiar Practice, amongst other titles.

And, as announced, many series adored by stateside Brit TV fans are now streaming on BritBox as well, including classic Britcoms As Time Goes By, Black Adder, Fawlty Towers, Keeping Up Appearances, the original Mapp & Lucia, and The Vicar of Dibley; more recent hit comedies such as Gavin & Stacey, Inside No. 9, and The Office; mystery series Inspector Morse, Miss Marple, Prime Suspect, and Rosemary & Thyme; and beloved period dramas Brideshead Revisited, Pride & Prejudice, and the original Upstairs Downstairs. 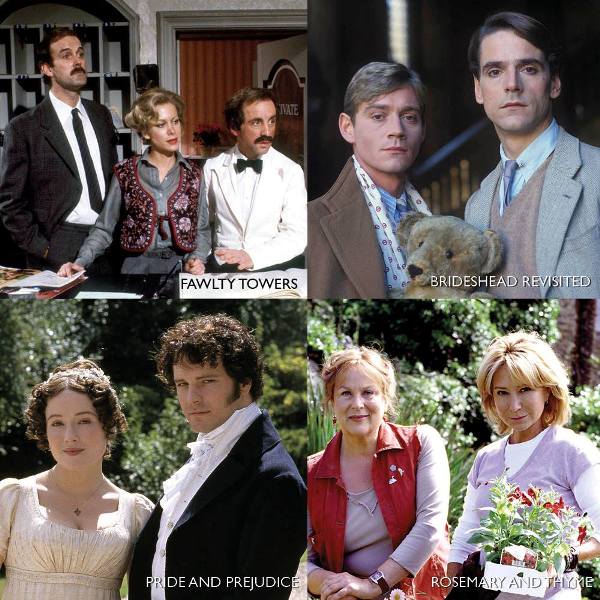 My recommendations on shows to stream first:

In the category of titles that haven’t been shown in the US before (at least not to my knowledge): legal drama Kavanagh QC, which stars the late John Thaw (Inspector Morse) as the eponymous barrister and Queen’s Counsel; the Celtic noir period mystery drama Quirke, starring Gabrial Byrne (Secret State) as a pathologist in 1950s Dublin; and the anthology series Ten Minute Tales, which features Peter Capaldi (Doctor Who), Mackenzie Crook (Detectorists), Claire Foy (The Crown), Lee Ingleby (George Gently), Paterson Joseph (Law & Order: UK), Bill Nighy (Worricker trilogy), Timothy Spall (Blandings), and many more.

Of series that have aired in the US but not been available for streaming until now: the delightful and hilarious updated adaptation of Mapp & Lucia, starring Miranda Richardson (And Then There Were None) and Anna Chancellor (New Blood) as the eponymous townswomen trying to one-up each other in 1930s Sussex; Neverwhere, the star-studded adaptation of Neil Gaiman’s bestselling fantasy novel of the same name; and the Sharpe series of tele-films, based on the “Sharpe” historical novels by Bernard Cornwell and starring Sean Bean (Sean Bean! Game of Thrones) as a soldier during the Napoleonic Wars.

BritBox: New British TV SVOD Service Has Launched in the US
Tagged on: BritBox