British programs won big at the 55th Monte Carlo Television Festival, giving the UK the most awards of any country.

First, congrats to all of this year’s Monte Carlo Television Festival nominees and winners of the prestigious Golden Nymph Awards, which were up against some of the finest in international television programs.

Without any further ado, here are the British TV programs and actors that took top honors: 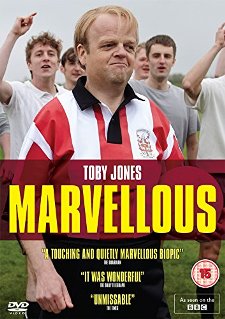 Eric Close (Without a Trace) chaired the jury for the Best TV Movie category, which included made-for-TV films from France, Germany, Japan, and the UK. And I am over-the-moon thrilled that the judges selected Marvellous — my top pick of favorite British TV programs that premiered in the UK in 2014 — as the winner.

Not only that, Marvellous swept the category, as both Toby Jones (Detectorists, The Hunger Games) and Gemma Jones (MI-5, Trial & Retribution) took home the Outstanding Actor and Actress awards for their portrayals of the real-life Neil Baldwin and his mum Mary in this biopic of Neil’s life.

Who is Neil Baldwin? Well, he’s a big star in England, especially amongst fans of the Stoke City Football Club and the students, alumni, and faculty of Keele University. His life story made Marvellous the feel-good movie of 2014, and if you haven’t watched it yet, it is a must.

Two shows that made my list of favorite British TV programs that premiered in the US in 2014 won at the 2015 Monte Carlo Television Festival. 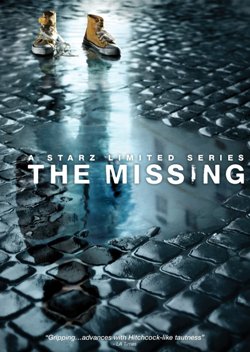 The chair for the Best Miniseries category jury was Ron Perlman (Sons of Anarchy), and the nominees — including 1864 (Denmark), ANZAC Girls (Australia), Jusqu’Au Dernier (A Family Secret, France), The Missing (UK), and Secrets and Lies (Australia) — have all been hits in their home countries and are becoming must-watch shows in the other territories where they have distribution.

Besting the competition was The Missing, the taut, gripping, heartbreaking story of a man obsessed with finding his five-year-old son after the boy goes missing during a family holiday in France. Also bringing home the Golden Nymph for Outstanding Actress was Frances O’Connor (Mr. Selfridge, Mansfield Park), who played Emily Hughes, young Oliver’s mum.

French costar Tchéky Karyo (The Patriot) was nominated for an Outstanding Actor award for his portrayal of the detective in charge of the investigation into Oliver’s disappearance. 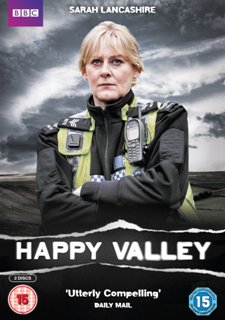 Ultimately, Happy Valley won the coveted Best Dramatic Series award and Sarah Lancashire (Last Tango in Halifax, The Paradise) the Outstanding Actress award, for this utterly engrossing psychological drama about a still-grieving cop out to nail a convict — the rapist she blames for the death of her daughter — recently released from prison and already up to no good.

Also nominated for the Outstanding Actress award were Gillian Anderson (The Fall) and Robin Wright (House of Cards).