Adapted from the “Shetland Island” crime novels by Ann Cleeves,

the third series of Shetland 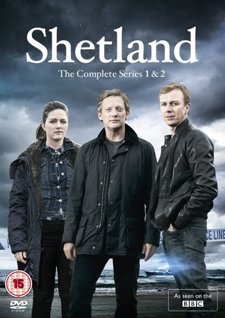 Unlike Series 1 and 2, which featured four two-part stories, the new six-part series centers on just one: the disappearance of a young man on a ferry crossing from Aberdeen to Lerwick. Suspecting foul play, DI Perez and his team begin an investigation that has far-reaching consequences for them and the local community.

Filming of the six new episodes, already underway in Scotland, continues until summer.

The first two series of Shetland

(more about them here) have been airing on public TV stations across the US. Check your local listings or contact the station that serves your area for broadcast dates and times.