You haven’t seen dark and twisted until you’ve seen Black Mirror. And if you haven’t already watched the sci-fi series that will make you think twice (and then some) about your use of technology, it’s yours for the streaming at Netflix US.

Black Mirror, an anthology series described as “a hybrid of The Twilight Zone and Tales of the Unexpected,” is the brainchild of BAFTA nominee Charlie Brooker (Dead Set, A Touch of Cloth), and it can be summed up in this line from the first episode:

Psy’s “Gangnam Style” video already broke YouTube (really), so what could one more video do? Shatter humanity, that’s what. Think along the lines of Deliverance, only the setting is London, the (main) victim is the Prime Minister (Rory Kinnear, Southcliffe), and the assailant is an anonymous uploader with an audience of billions. It’s horrifying. “The National Anthem” is utterly devastating on so many levels, and so hard to watch yet riveting at the same time. It’s brutal, and it’s brilliant.

If you get through that episode without wanting your own version of Eternal Sunshine of the Spotless Mind, then watching the remaining five episodes of Black Mirror‘s two series to date (a Christmas special and third series are coming) should be a relative breeze.

Well, except for “White Bear,” which is disturbing from the word go. An amnesiac woman (Lenora Crichlow, Being Human) is being hunted like an animal by a balaclava-masked man for reasons unknown, while the people around her, driven mad by a transmitted signal, have been reduced to being smartphone-equipped voyeurs who follow and film her as she runs for her life. Eerily reminiscent of a Bill Murray movie, Brooker’s satire is so nightmarish, it could have been written by Franz Kafka. Five stars for the WTF ending.

Moving down the darkness scale, we come to “The Entire History of You.” Here videos get way personal, thanks to chip implants that let people watch replays of their lives, as they had witnessed them, via a jacked-up version of Google Glass right on the eyeballs. The same goes for seeing events in others’ lives, played out like DVR recordings on LCD TVs. For one man (Toby Kebbell, The Escape Artist), suspicions, insecurities, and jealousies get amped up, secrets get exposed, and he gets downright ugly — all at the click of the remote.

The phrase “Be Right Back” takes on new meaning in this bittersweet tale of a grieving widow (Hayley Atwell, Any Human Heart), who turns to a new social media-based service to reconnect with her dead husband (Domhnall Gleeson, Dredd). She texts, then talks with him, then gets up close and personal with the newly-generated, in-the-flesh version of her hubby after she upgrades to the premium service. He looks, sounds, and feels the same, but the devil is in the detail…

And in the blistering “The Waldo Moment,” British politics gets animated when Waldo, a blue cartoon bear, takes on the establishment as host of a late-night newsy comedy show. He even pulls a (Stephen) Colbert by campaigning as a candidate for a local by-election, and becomes a YouTube sensation following a rant during a live debate on telly. But when conscience gets the better of the man behind the character (Daniel Rigby, Lilies), it is he and not Waldo who becomes the biggest loser.

The 2012 International Emmy® Award winner for Best TV Movie/Mini-Series, Black Mirror is bleak, depressing, at times difficult to watch, and one heckuva binge-watch, especially for fans of The Twilight Zone, Tales of the Unexpected, The Outer Limits, Jackanory, and Tales from the Darkside. Even if you’re not one, check it out anyway. 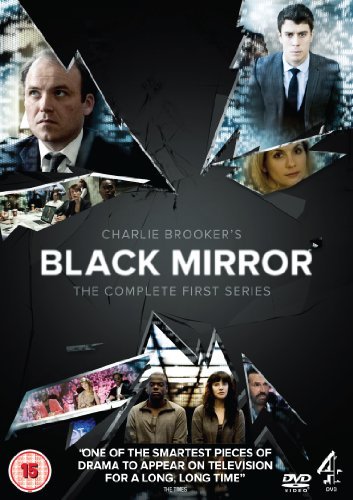 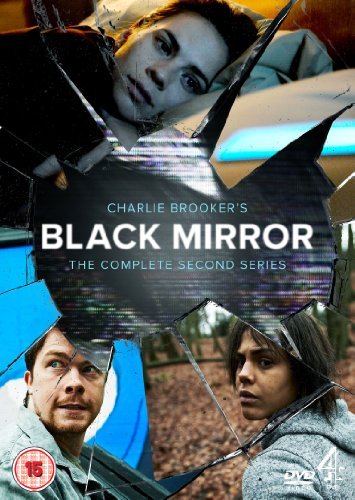