Television programs are filmed in cities across the UK, from Cardiff and Belfast to Manchester and Glasgow. And one of them — Bristol — has been named “the best city to live in Britain.”

The Sunday Times awarded the accolade to Bristol for several reasons, not the least of which include “one of the lowest unemployment rates in the country, varied and beautiful housing stock, decent schools, buzzy culture and night life and access to some fantastic countryside.”

I can speak to the last three, as Bristol was the third stop of my ten-city romp through the UK last year. My take on the place: It’s brilliant, with plenty of things to see and do in and beyond the city center and plenty of cool people to meet and hang out with.

The theme of my trip was British TV (with a dash of English literature), and since Bristol is where a number of series are set and where scenes for even more have been filmed, it was a must-see city. (That Bristol was also named a TripAdvisor 2013 Travelers’ Choice™ destination didn’t hurt.)

So, which programs, then? 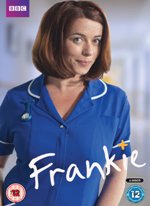 For starters, the original British versions of Being Human,

Each of these hit dramas (which have US remakes) — about (1) a ghost, vampire and werewolf sharing a house and “living” as humans as best they can, (2) four women BFFs working, playing and handling relationship entanglements, and (3) a group of schoolmates navigating their way through the highs and lows of adolescence — were set and filmed in Bristol (the first two of Being Human‘s five series, anyway).

whose eponymous characters are (1) a private eye whose belief in the “fundamental interconnectedness of all things” allows him to solve cases for his Holistic Detective Agency clients, and (2) a district nurse whose devotion to patients upends her personal life.Many more programs have been set elsewhere but filmed in whole or in part in Bristol. For example, the fictional Holby City of the medical drama Casualty was filmed in Bristol for 25 years, Clifton Village served as a backdrop for Series 1-3 of the dramedy Teachers,

and locations including Queen Square, Brandon Hill, and Brunswick Square were used to recreate pre-war London for both series of the Upstairs Downstairs 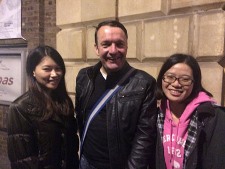 When I was in Bristol, I met up with John, who leads the Haunted and Hidden Bristol Walking Tour. It’s a fun way to spend 90 minutes on a Friday evening, as evidenced by the nearly 5-star rating it has on TripAdvisor.The haunted part consists of locations where individuals have experienced various supernatural goings-on, while the hidden part includes filming locations for TV programs, such as the ones mentioned above.Whovian that I am, a notable Bristol site for me was St Nicholas Market, which in 2012 was transformed into 1890s London for “The Snowmen“

episode of Doctor Who. And while my trip was pre-Series 3 of Sherlock, know that Bristol’s Portland Square, rather than a square in London, was the setting for the bonfire scenes in “The Empty Hearse.”

(Both shows have filmed in Bristol multiple times. For more info, visit the Doctor Who: The Locations Guide and Sherlockology websites.)

That’s a short list of the productions that have filmed in Bristol. If you, too, take a TV-themed trip through the UK, I highly recommend making this city one of your stops.And if I ever do move to the UK, Bristol is high on the list of cities that I would consider calling home.