In the realm of crime dramas, noir is the new black, and the latest series of Line of Duty is as dark and gripping from start to finish as any of the Nordic Noir programs that have crossed the fjords.

completed its run in the UK last night, bringing to a close one of the most talked about BBC Two detective dramas, well, since Series 1 debuted on the channel nearly two years ago. Now that the second series is about to screen in the US, there are several spoiler-free things worth noting before tuning in. 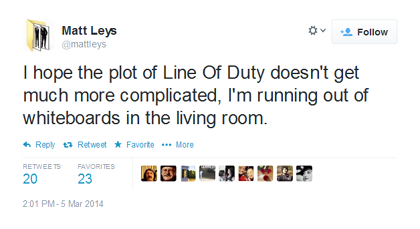