Following up on the last post, today we have Part 2 of the year in review, in which we look at British TV programs that had new season premieres in the U.S. in 2012.

A cast change brought us new characters, including Ellie (Lacey Turner), who can see ghosts. New residents moved into the Brightmoor (formerly Bedlam Heights) apartment building, but things were anything but bright as the ghosts continued their hauntings of this former psychiatric hospital. No announcement has been made about a third season.

We met Hal (Damien Molony), another vampire struggling to lead a “normal” life, and said goodbye to beloved characters. Meanwhile, other vampires continued in their quest to destroy the werewolf population and take over the world, and ghosts continued to “live” among or visit the living. The fifth season of Being Human is slated to air in 2013.

Doctor Who: Series Seven, Part One

The Doctor (Matt Smith) had a few more adventures with Amy and Rory (Karen Gillan and Arthur Darvill) before they transitioned to parts unknown (one of the saddest goodbyes ever!) in Doctor Who: Season 7, Part 1, leaving him bereft until he met Clara (Jenna-Louise Coleman) in the Christmas special, “The Snowmen” (smashing!). Doctor Who: Season 7, Part 2 will begin airing sometime in Spring 2013, making the details of Doctor Who 50th anniversary programs still the biggest unknown in the Brit TV universe. 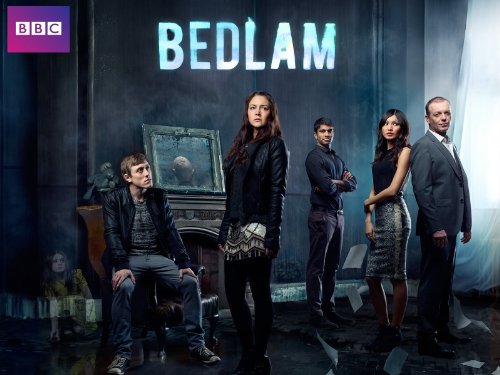 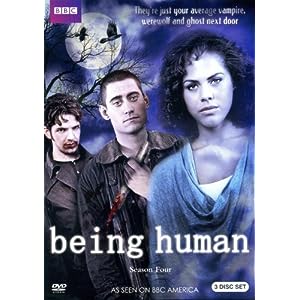 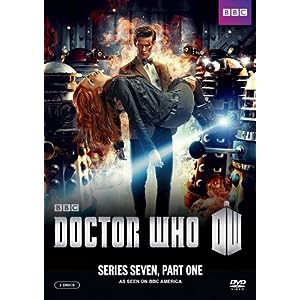 Doctor Who: Series Seven, Part One

Drama and intrigue continued in the 2013 Golden Globe-nominated The Hour: Season 2 as the Cold War loomed large. Closer to home, Bel (Romola Garai), Freddie (Ben Whishaw), and Hector (Dominic West) had a new boss (Peter Capaldi) and investigations into corruption and murder that could also get them killed. The BBC has not yet announced whether it will commission a third season.

The mockumentary Twenty Twelve: Season 2, a nominee for Best Sitcom at the 2012 British Comedy Awards, came directly on the heels of Season 1, which won the award for 2011. Both seasons starred Hugh Bonneville as Ian Fletcher, the man responsible for delivering the London 2012 Olympics, and aired back to back in the lead-up to the actual games. 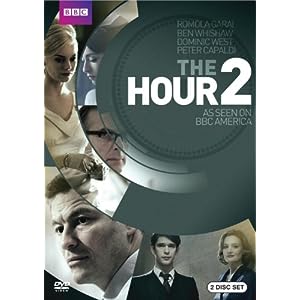 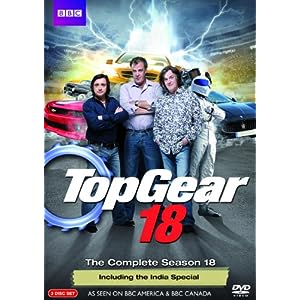 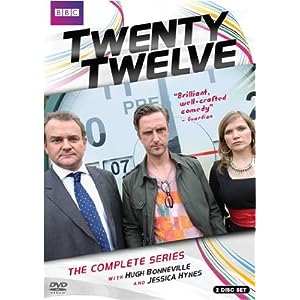 Everyone at Downton, from the gentry to the servants, were touched in some way by The Great War, the Spanish Flu, and Bates’ incarceration during this 2012 Emmy Award nominee’s second season. But true love also blossomed and other relationships ended in dramatic fashion. Downton Abbey: Season 3

premieres on PBS on 6 January.

And on Eaton Place, the lives of Sir Hallam and Lady Agnes Holland ((Ed Stoppard and Keeley Hawes), their relations, and servants were filled with life-changing secrets and the prospect of war with Nazi Germany. Upstairs, Downstairs will not return for a third season. 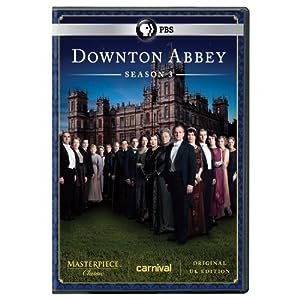 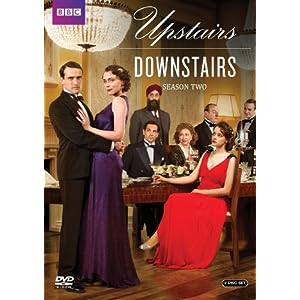 Some of the best mysteries around were (imo) in Inspector Lewis: Series 5 (Series 6 in the UK), including those involving the murders of Oxford students, professors, and visiting lecturers. DI Lewis (Kevin Whately) discovered a possible rival for Dr. Hobson’s (Clare Holman) affections and DS Hathaway (Laurence Fox) grew bolder on the job (although less so with a possible paramour). The final series premieres in the UK in 2013, and hopefully in the U.S., too.

What can one say about the 2012 Emmy-nominated Sherlock: Season 2 (for “A Scandal in Belgravia”), except that Benedict Cumberbatch and Martin Freeman (both 2012 Critics’ Choice Television Award winners and Emmy nominees) were brilliant and “The Reichenbach Fall” had the cliffhanger to end all cliffhangers. It’s no wonder the series was voted best show of 2012 by the UK’s Radio Times critics. The third season begins filming in Spring 2013 and hopefully will air in the UK and U.S. in late 2013 or early 2014.

The brooding Swedish detective Wallander (Kenneth Branaugh) returned in Wallander: Series 3, in which the titular character saw some happiness with a new home, girlfriend, and dog, but also grisly murders and corruption that took him to Latvia. Winner of the 2012 BAFTA Television Award for Best Actor, Branaugh has spoken about a possible fourth series of Wallander being its last. 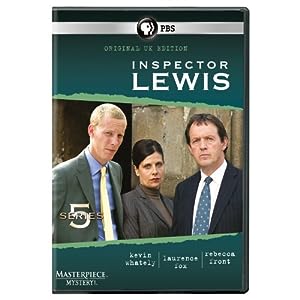 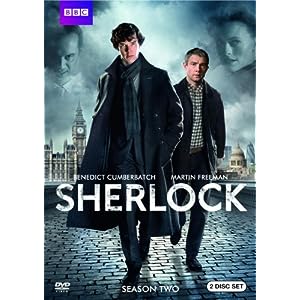 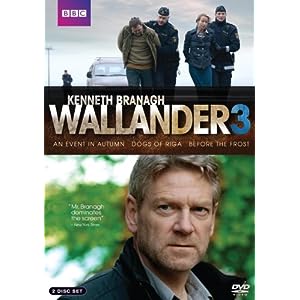 Other returning series whose new seasons premiered on television in 2012 include An Idiot Abroad: Season 2

on the Science Channel (Season 3 premiering on 19 January) and Merlin: Season 4

on SyFy (Season 5, the final season, premieres on 4 January).

In the fourth and final series of this hit Irish police drama, Sergeant Jack Driscoll (Owen McDonnell) discovered some long-held family secrets after Brian (Matthew McNulty) and Gemma (Simone Lahbib) arrived from England. Also related to the past were clues to solving the murder of an elderly recluse, another made to look like arson, and a local schoolgirl’s involvement with a Dublin pimp.

Shown for the first time in the U.S. on Acorn TV, these four feature-length mysteries had DCS Mike Walker (David Hayman) and DCI Roisin Connor (Victoria Smurfit) investigating a call girl’s murder, the murder of a famous pediatric surgeon, an ex-con’s innocence, and the search for an old friend’s missing sister. Dark, gritty, and utterly engrossing.

This acclaimed series starring two-time Oscar® nominee Brenda Blethyn as DCI Vera Stanhope returned for a second series and had record ratings in the UK in 2012, and garnered more fans in the U.S. when it premiered on Acorn TV. Called “one of the best mysteries…in the last decade” by The Baltimore Sun, the sharp-tongued and disheveled Stanhope delved into new cases where everyone had something to hide. 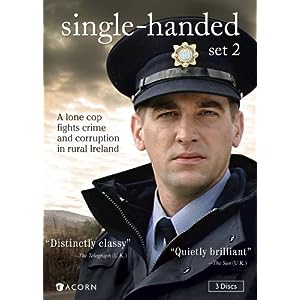 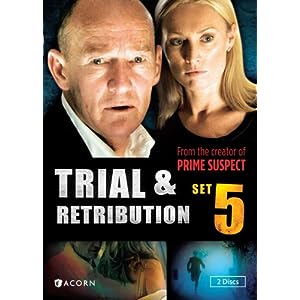 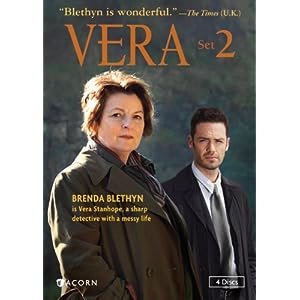 On Hulu / Hulu Plus

The second season of this Hulu Exclusive Series was a 2012 British Comedy Awards nominee, as were leads Tom Hollander and Olivia Colman. As husband and wife Adam and Alex Smallbone, they continued to deal with the challenges of life in East London, most of which involved the goings-on at and parishioners of the church where Adam is the vicar. BBC Two has commissioned a third season of this irreverent sitcom, which is set to air in the UK in 2014.

Shameless: Seasons 9 and 10
While not exclusive to Hulu, the most recent two seasons of this hit dramedy made their stateside debut on this streaming service, the only one where you can currently watch them. In leading up to the eleventh and final season (set to air in the UK this year), we found Frank Gallagher and the denizens of Chatsworth facing dilemmas of all sorts, not the least of which was being evicted from the estate. And poor Frank faced losing his benefits, so he got (gasp!) a job.

Spy: Season 2
Sophomore season episodes of this Hulu Exclusive sitcom are premiering now. Average-Joe-turned-MI5-agent Tim Elliott (Darren Boyd) continues to do his darndest to make his son proud and fulfill his work duties without revealing that he’s a spy. A sleeper hit with implausible storylines but plenty of laughs.

The Thick of It: Season 4

The fourth and final season of this profanity-laden and utterly hilarious political satire won 2012 British Comedy Awards for Best Sitcom, Best TV Comedy Actor (Peter Capaldi) and Actress (Rebecca Front), and for good reason. The ensemble cast took it over the top in portraying the machinations and shenanigans of the MPs, advisors, spin doctors, et. al. involved in British government. 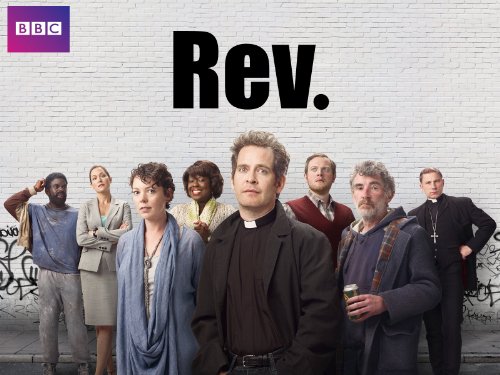 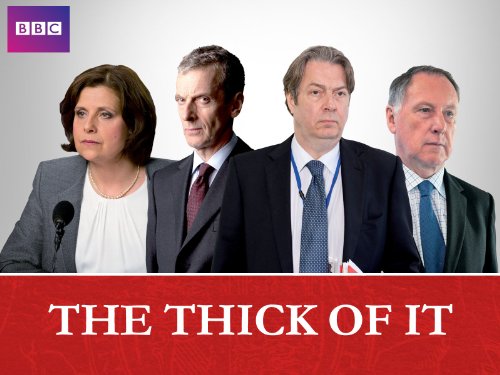 The Thick of It: Season 4

Coming up: new programs and new season premieres in January 2013.