Halloween. The one day of the year when wearing any manner of costume in public and asking strangers for treats is completely acceptable behavior. Ya gotta love it.

I was mad (as in nuts) enough to go out in the storm on Monday (not for kicks and giggles, mind you) and I’m feeling a bit of the sniffles, so I’m foregoing festivities and instead will get my fright on in front of the telly. If you plan on doing the same, check out these programs steeped in the supernatural.

At 5PM today, BBC America is re-airing The Secret of Crickley Hall.

For more about this 3-hour haunted-house miniseries, check out last Friday’s post.

In the realm of streaming video… 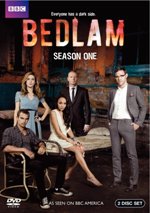 What do you get when an abandoned psychiatric hospital is converted into an upscale apartment building? Grisly, ghostly goings-on by the spirits that have been awakened. And there are ghosts aplenty at Bedlam Heights — mostly of patients who were abused and murdered at the asylum — and now that they’re out and about, they’re out for revenge.

New Season 2 episodes are currently airing on BBC America on Sundays at 12AM Eastern. You can stream the ones that have aired to date, including Season 1, at Amazon Instant Video. 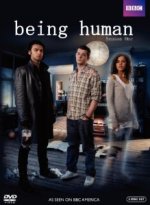 When it comes to fitting in, it probably can’t get more daunting than being a vampire, werewolf, and ghost trying to live as (would-be) human beings. Yet that’s precisely what John (Aidan Turner), George (Russell Tovey), and Annie (Lenora Crichlow) do as flatmates, despite the fact that there are actual humans and other beings whose intentions are decidedly opposed to their aspirations for normalcy.

This show is a scream in more ways than one, and you can stream it at Amazon Instant Video,

Hulu Plus and Netflix. 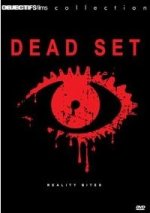 Unless you have IFC as part of your cable subscription or you search specifically for supernatural/horror British TV series, you probably missed this BAFTA-nominated miniseries. That said, though, Dead Set is available for streaming on Amazon Instant Video,

and if you’re a fan of programs with zombies, then this one is a must-see (imo).

It’s a reality-show-meets-zombie-apocalypse fiver-parter, in which the initially unaware housemates and production staff of the (fictional) Big Brother UK series soon realize that they are trapped on the set of the Big Brother house, due to zombies running amok outside. Who will be evicted? Who cares. The question is: Who will survive? 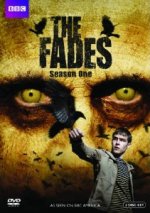 This 2012 BAFTA Award winner for Best Drama Series is a supernatural thriller with characters known as the Angelics and the Fades in a classic battle of good versus evil.

The storyline focuses on Paul (Iain De Caestecker), an Angelic who has both apocalyptic dreams and the ability to see the Fades, spirits of the dead who haven’t been allowed to pass into the afterlife. The Fades that remain on Earth are bitter as all get-out and hell-bent on destroying the human race because of this, and it’s up to Paul and other Angelics to stop them.

All six episodes are available for streaming at Amazon Instant Video. 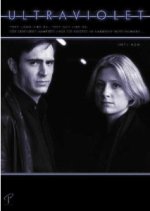 On the vampires’ agenda is something much more sinister than quenching their bloodlust, and the squad must determine what it is through the cases they investigate. The vampiric conspiracy that’s afoot must be stopped dead in its tracks (sorry, couldn’t resist), or else humanity will be wiped out.

All six episodes of Ultraviolet are available for streaming on Netflix and Hulu.

Also on Hulu is the 20-episode documentary series, Great British Ghosts, in which “Michaela Strachan travels across the United Kingdom to explore the history and stories behind some of the most haunted locations in the country.” I enjoy real-world ghost stories as much as I do fictional ones, and since I haven’t seen this program, at least one episode will be on my to-watch list this evening.

Lastly, while Doctor Who isn’t a supernatural/horror show, there are several episodes with creatures that are perfectly apropos for Halloween viewing, including:

You can stream the episodes featuring the Ninth, Tenth, and Eleventh Doctors at Amazon Instant Video

and Netflix. Whether you’re going out to a party or staying in this evening, I wish you a safe and happy Halloween.

I’d also like to send my well wishes to everyone who’s been adversely affected by Superstorm Sandy, especially those who lost loved ones. For those who can and are willing to help, please consider donating money and/or blood to the American Red Cross.