It’s hump day and I’m already thinking about this weekend, part of which will be spent at an art exhibition. So voilà — today’s piece about art documentaries from the UK.

Art is amazing. Fine art pieces can capture our hearts, remind us of times past, or transport us to foreign places. They can evoke myriad questions, a feeling of meh, or downright disgust as well. No matter how you look at it, though, life is better with art in it.

The same can be said of documentaries.

So let’s explore some British documentaries about art, specifically paintings, and their artists. Herewith are eight series that you can stream right now in the US on Prime Video (at no additional charge to the Prime membership fee).

In this series, “Critic of the Year” award-winner and television presenter Waldemar Januszczak devotes an episode to each of four famous works of art: The Vision After the Sermon by Paul Gauguin, Self Portrait with Bandaged Ear by Vincent Van Gogh, The Card Players by Paul Cezanne, and Portrait of an Old and a Younger Man by William Dobson.

Each episode finds Waldemar delving into the stories behind the paintings, including the symbolism in the Gauguin piece, the impact of Van Gogh’s demons on his iconic self-portrait, the influence of Cezanne’s Provençal roots on the paintings in The Card Players series, and the interesting connections the two men in Dobson’s painting have to the River Thames. 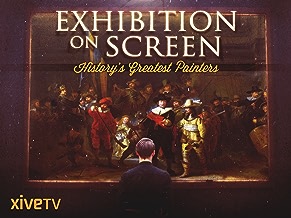 This series is actually a collection of films made by award-winning documentarian Phil Grabsky, who collaborated with top international museums and galleries in Europe and the US to produce more than a dozen art exhibition films for the cinema.

The three-season compilation includes twelve of Grabsky’s “Exhibition of Screen” films, each of which includes behind-the-scenes access to the art institutions and exhibitions, as well as insights from art historians and art critics.

Folks who don’t have access to Prime Video can rent or purchase eight of the titles for streaming, including Leonardo – From the National Gallery, Girl with a Pearl Earring, Rembrandt, Van Gogh, Impressionists, Goya, Renoir, and Painting the Modern Garden – Monet to Matisse. (The films about Manet, Matisse, Munch, and Vermeer can only be streamed from the collection.)

In this 25-episode series, Tim Marlow, Artistic Director at the Royal Academy of Arts, visits more than 50 galleries, museums, churches, and palaces across Europe and the US to survey the history of Western art and to take a fresh look at the most important artworks of some of the greatest artists in history, including El Greco, Rubens, Titian, Turner, Velàzquez, and Vermeer in Season 1 and Cassatt, Constable, Goya, Holbein, Rodin, and Whistler in Season 2.

British art critic Waldemar Januszczak relates the technical influences of the 19th century that helped ignite the artistic innovations and points of view of Impressionist painting, and explores the achievements of the Impressionist painters.

The four-part series includes the episodes “The Gang of Four,” about Claude Monet, Pierre-Auguste Renoir, Jean-Frederic Bazille, and Camille Pisarro; “Painting People,” which features works by Edgar Degas, Gustav Caillebotte, Berthe Morisot, and Mary Cassat; “The Great Outdoors,” which centers on Monet, Renoir, and Cézanne; and “The Final Flourish,” about some of the most famous Impressionist paintings, including Georges Seurat’s A Sunday Afternoon on the Island of La Grande Jatte. 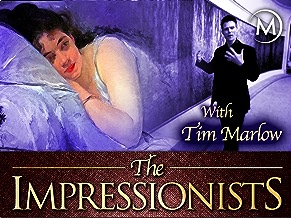 The Impressionists with Tim Marlow

Another series focused on Impressionist painters is this eight-parter presented by art historian Tim Marlow. In it he recounts the history of Impressionism, the revolutionary art movement of the 19th century that became one of the most popular, if not the most popular, Western painting movements, and explores works by Paul Cézanne, Edgar Degas, Paul Gauguin, Édouard Manet, Claude Monet, Pierre-Auguste Renoir, Henri de Toulouse-Lautrec, and Vincent Van Gogh.

This classic documentary series is like an on-screen CliffsNotes® about works of Western art. Available for streaming right now are 21 seasons for a total of 107 10-minute episodes, each of which provides insight into a specific painting and its artist.

With the exception of Season 1, the theme of each season is a specific museum or gallery, such as the Louvre Museum in Paris, Museum of Modern Art in New York, National Gallery of Scotland in Edinburgh, and Prado Museum in Madrid. 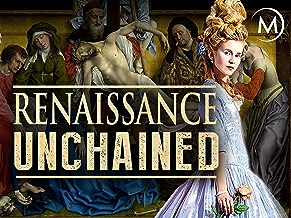 In this four-part series, the third on this list presented by Waldemar Januszczak, the art historian explores how the origins of the Renaissance weren’t strictly in Italy but rather across Europe, notably in Germany and the Netherlands, birthplace of great artists such as Cranach, Memling and Riemenschneider, and Van der Weyden and Van Eyck, respectively. Still, Waldemar does spend a fair amount of the program in Italy, including in Venice, where he looks at the impact of the floating city on the history of art. 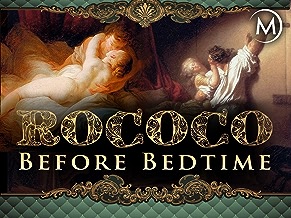 There’s the Baroque movement, and then there’s the ultra-ornate style of art and design of the 18th-century, late Baroque period called Rococo. In this three-part series presented by Waldemar Januszczak, the art critic and historian argues against the prevailing sentiment that Rococo is frivolous, and instead presents Rococo as being rich and dramatic (before its decline into “madness”), as evidenced by the work of artists including Hogarth and Goya.