Amazon dropped 20 titles from the BBC’s archives into Prime Video a couple days ago, giving US viewers several days worth of adapted works to watch.

From Shakespeare’s plays to 19th- and 20th-century novels, from love stories to ghost stories, many of the adaptations below feature actors who have gone on to become British TV favorites and huge Hollywood stars.

Alice in Wonderland — Who doesn’t know the novel Alice’s Adventures in Wonderland by Lewis Carroll? What you may not be familiar with is this 1986 BBC adaptation of the fantasy story, which stars Kate Dorning (The Agatha Christie Hour) as Alice. 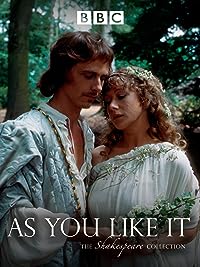 BBC Television Shakespeare: As You Like It — Oscar® and Emmy® winner Helen Mirren (The Queen, Prime Suspect) stars as in this 1978 adaptation of William Shakespeare‘s comedy as Rosalind, who flees to the forest disguised as Ganymede, a man, to find her banished father, while also advising the clueless Orlando (Brian Stirner, Poldark) on how to woo Rosalind. Costars include James Bolam (New Tricks) and Clive Francis (The Crown).

BBC Television Shakespeare: Comedy Of Errors — Michael Kitchen (Foyle’s War) has double duty playing twins Antipholus of Ephesus and Antipholus of Syracuse, as does Roger Daltrey (Tommy), who plays their respective servants Dromio of Ephesus and Dromio of Syracuse, in this 1983 version of Shakespeare’s comedy, in which mistaken identities lead to misunderstandings, mishaps, and more. 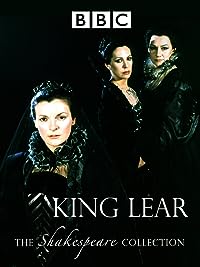 BBC Television Shakespeare: Much Ado About Nothing — Kenneth Branagh’s big screen adaptation of this comedy was released nine years after the BBC’s 1984 version, which stars Robert Lindsay (My Family) as Benedick and Cherie Lunghi (Unforgotten) as Beatrice, sarcastic frenemies who secretly love each other to bits. 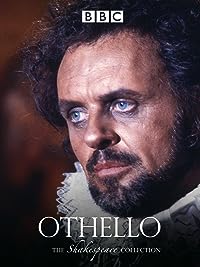 BBC Television Shakespeare: Romeo and Juliet — This 1978 adaptation of the tragedy about the star-crossed lovers stars Patrick Ryecart (Poldark) as Romeo of the House of Montague and Rebecca Saire (Love in a Cold Climate) as Juliet of the House of Capulet. Costars include Anthony Andrews (Brideshead Revisited) as Romeo’s friend Mercutio and, in his first non-theatre role, the late, great Golden Globe® winner Alan Rickman (Harry Potter) as Juliet’s cousin Tybalt. 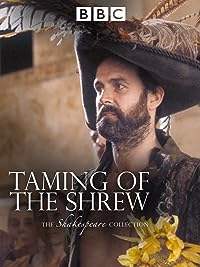 BBC Television Shakespeare: Taming Of The Shrew — You know Oscar® nominee John Cleese (A Fish Called Wanda) for his comedic work in Monty Python’s Flying Circus and Fawlty Towers, but did you know it extends to Shakespeare, too? In this 1980 adaptation of the Bard’s comedy, Cleese plays Petruchio, the suitor who marries and then tames Katherine, his shrew of a wife, played by Sarah Badel (The Irish R.M.). 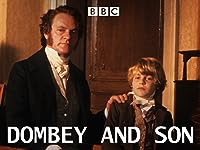 Dombey and Son — Julian Glover (Game of Thrones) stars in this 1983 miniseries, based on the novel by Charles Dickens, as Paul Dombey, the wealthy owner of a shipping company desperate for a son to carry on the business. He gets his son, but loses his wife soon after the birth, and years of abuse toward his daughter Florence (Lysette Anthony, Hollyoaks) forces her to flee him. But all is not lost for Dombey…

Fanny by Gaslight — Based on Michael Sadleir’s novel of the same name, this 1981 miniseries follows the story of Fanny Hooper (Chloe Salaman, Agatha Christie’s Poirot), a young, orphaned woman whose life unfolds in the midst of prostitution and perversion in Victorian London. Michael Culver (Cadfael) and David Robb (Downton Abbey) also feature in the drama. 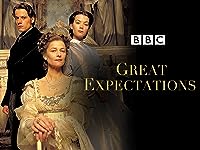 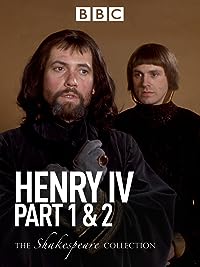 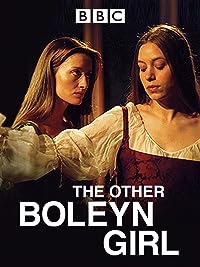 The Other Boleyn Girl — Based on the first book in the “Plantagenet and Tudor” series of historical novels by Philippa Gregory, this 2003 adaptation stars Natascha McElhone (Solaris) as Mary Boleyn, sister of Anne Boleyn (Cannes Film Festival winner Jodhi May, A World Apart), lover of King Henry VIII (Emmy® nominee Jared Harris, Mad Men), and pawn in her family’s ambitions. 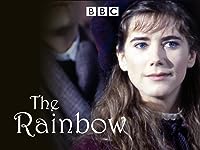 The Rainbow — In this 1988 adaptation of the D. H. Lawrence novel, Imogen Stubbs (Death in Paradise) stars as Ursula Brangwen, who grows from a teenager into womanhood while struggling to find fulfillment and love in the changing world of late 19th and early 20th-century England. Costars include the late, great Emma Chambers (The Vicar of Dibley), Clare Holman (Inspector Lewis), and Martin Wenner (Shetland).

The Talisman — Adapted from the second “Tales of the Crusaders” novels by Sir Walter Scott, this 1980 miniseries stars Patrick Ryecart (Poldark) as Scottish knight Sir Kenneth in a tale of chivalry and intrigue set during the Third Crusade. Costars include Stephan Chase (Maleficent), Lynn Clayton (Girl Missing), and Damien Thomas (Wish me Luck). 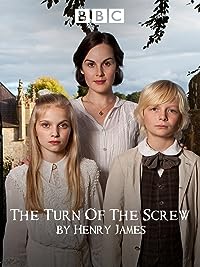 The Turn of the Screw — Before playing Lady Mary, Emmy® nominee Michelle Dockery (Downton Abbey) starred in this 2009 TV movie based on the novella by Henry James. She plays Ann, an inexperienced and sexually-repressed governess hired to look after brother-and-sister orphans by their uncle (Mark Umbers, Home Fires). At his country manor Ann sees ghostly figures that unsettle and lead her to believe something malevolent is stalking the children. This version features BAFTA nominee Nicola Walker (Last Tango in Halifax) and two more Downton alums: Dan Stevens (Legion) and BAFTA nominee Sue Johnston (The Royle Family).

20 BBC TV Adaptations Now Streaming on Prime Video in the US
Tagged on: A Midsummer Night's Dream    Alice in Wonderland    As You Like It    BBC    Beau Geste    Dombey and Son    Fanny by Gaslight    Great Expectations    Henry IV    King Lear    Much Ado About Nothing    Othello    Romeo and Juliet    Shakespeare    The Comedy of Errors    The Other Boleyn Girl    The Prisoner of Zenda    The Rainbow    The Talisman    The Taming of the Shrew    The Turn of the Screw