The names of women in front of and behind the camera, plus those in executive suites and production offices, make up the Radio Times‘ list of the “30 most powerful women on TV and radio.” Which ones do you know? 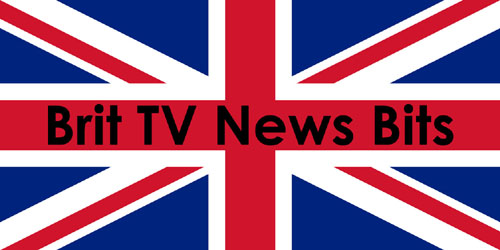 The list is UK-centric, so fewer of the names will be instantly recognizable to folks in the US as compared to those across the pond.

In terms of on-screen talent, the actors that should be familiar to nearly every Brit TV fan, regardless of location, include the following, listed by rank on the Radio Times list:

Olivia Colman — The winner of BAFTAs for Broadchurch,

Colman has appeared in a long list of television dramas and comedies as well as films, and won or been nominated for many more industry awards for her performances in Rev.

Julie Walters — A CBE and two-time Academy Awards nominee and the current BAFTA Fellow, Walters is known worldwide as a film star, notably as Molly Weasley from the Harry Potter movies, but the six-time BAFTA winner has also been showing up on telly screens for four decades, including in The Hollow Crown,

Victoria Wood — Another CBE that is a writer and director as well as actress, UK and US viewers should recognize Wood from her BAFTA-winning Best Actress performance in Housewife, 49,

as well as in Case Histories,

Dawn French — British Comedy Awards winner and former BAFTA Fellow French has been entertaining film goers and TV viewers for more than 30 years, including in some of Brit TV fan’s favorite comedies, from French & Saunders

and Clatterford (a.k.a. Jam & Jerusalem),

to The Vicar of Dibley

and The Wrong Mans.

Others of her standout dramatic and comedic performances include The 7.39

(neither of which has screened yet in the US) and Mr. Stink

voiced the adult Laura in Lark Rise to Candleford.

On-screen, she has been tearing up tellies with her powerful performance in Happy Valley,

and will soon be seen (in the US) in the second series of The Paradise.

Joanna Lumley — An OBE and recipient of the 2013 Special Recognition Award from the NTA, Lumley has played a secret agent in The New Avengers,

a sci-fi spy in Sapphire and Steel,

and a “disturbingly disconnected” woman in Sensitive Skin,

but it was her role as Patsy in Absolutely Fabulous

that won her a British Comedy Award and two BAFTAs.

Miranda Hart — Hart costarred in the hit Britcoms Not Going Out

and then landed her own show. Her starring role as the titular goofball in the riotously funny Miranda,

plus her brilliant dramatic performance as the “yummy Chummy mummy” in Call the Midwife,

have earned her British Comedy Awards wins and BAFTA nominations.

Anne Reid — Her first TV appearance was in The Benny Hill Show nearly 60 years ago, and since then Reid, an MBE and the London Critics Circle Film Awards’ 2004 British Actress of the Year, has starred in many fan-favorite series, including Last Tango in Paradise, Upstairs Downstairs,

Off-screen talent that made the power 30 list include the women who write and produce some of our favorite Brit TV programs, such as…

and BAFTA-winning writer of the drama Sex Traffic.

Sue Vertue — Daughter of Beryl, a producer at Hartswood Films, Primetime Emmy nominee and BAFTA winner for Sherlock, and BAFTA nominee for The Vicar of Dibley.

Nicola Shindler — Founder of the award-winning Red Production Company, BAFTA winner for Last Tango in Halifax, The Mark of Cain,

Pippa Harris — Co-founder of Neal Street Productions, multiple award winner and nominee, including BAFTA nominations for The Hollow Crown and Call the Midwife.

Hilary Bevan Jones — Primetime Emmy-winning producer of The Girl in the Cafe,

and BAFTA-nominated producer of State of Play.

For the complete list of the UK’s 30 most powerful women on TV and radio, visit the Radio Times website.