More of the much-loved “Outlander” book series will be adapted for the small screen, as Starz announced that its fantasy series Outlander has been greenlit for a second season.

Romance, adventure, history, and time-travel-based sci-fi/fantasy combined for a winner, not just in print but on telly, too, when the first episode of the Starz drama Outlander thrilled critics and audiences alike to the tune of more than 5 million viewers.

So it comes as no surprise, then, that Starz, which has a habit of renewing early its top shows (such as Da Vinci’s Demons and Black Sails), announced that its newest hit series was given the greenlight for a second season right before it screened the second episode. 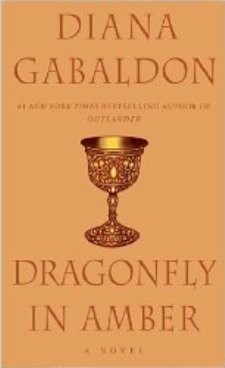 Premium cable channel Starz will again partner with Sony Pictures Television for Season 2 of Outlander, which will have at least 13 episodes and be based on Dragonfly in Amber, the second of the eight “Outlander” novels penned by Diana Gabaldon.

Season 1 is adapted from the first title — Outlander

— which follows the story of Claire Randall, a married English combat nurse from 1945 who, after touching a massive and mysterious stone while on holiday in Scotland, falls back in time to 1743, where threats to her person abound and a forced marriage to Jaime Fraser, a handsome and chivalrous young clansman, means life as she’d known it will never again be the same, even if she can get home to Frank, her 2oth-century husband.

Said Starz CEO Chris Albrecht: “The overwhelming support ‘Outlander’ has received from the fans, viewers and critics made the decision for us to go ahead with the second book a very easy one. Diana Gabaldon has given us years of great drama. With an incredible artist such as [series creator] Ronald D. Moore at the helm and a cast as spectacular as this, we look forward to continue this spell-binding journey with Claire, Jamie, Frank, Brianna, Roger and everybody over the centuries.”

Filmed on location in Scotland, Outlander‘s first episode, “Sassenach,” did more than rack up a hefty 5-million-plus audience across all viewing platforms. It was also the tweet topic of the day amongst TV shows hashtagged on Twitter.

“Fans of the ‘Outlander’ books have waited a long time to see this incredible story brought to life on screen, and Ron and his team have delivered a show that exceeds expectations,” said Zack Van Amburg, President of Programming for Sony Pictures Television. “We look forward to our continued partnership with Starz to present the next chapter of this epic tale to longtime fans and viewers who are just discovering the series.”

(Being one of the latter group myself, I began reading Outlander

right before the series debuted. So far, so good, in terms of staying ahead of the storyline in the show.)

The third episode of Outlander, “The Way Out,” premieres this Saturday, 23 August 2014, at 9 PM ET exclusively on Starz.