There is rarely a dull moment in British TV news, and today we have a couple of tidbits that should make fans happy. So without any further ado…

Au Revoir, Henri… Bonjour, Henri!
Fans of French actor Grégory Fitoussi were none too thrilled when his character, Henri Leclair, decided to take a job in the U.S. and leave Harry Selfridge’s employ in the final episode of Mr. Selfridge: Series 1,

leaving viewers to wonder if Henri was gone for good.

Well, good news, my fellow Fitoussians, he will be back in the second series (chouette!), albeit in a “very different mood,” as Fitoussi described it to Digital Spy. Hmm, it sounds like Henri’s life in the States wasn’t all champagne and truffles, but hey, fish and chips are fab, too. Mr. Selfridge: Series 2 will premiere in the UK on ITV and in the U.S. on PBS in 2014.

For those who can’t wait that long to see Fitoussi on screen again, you can catch him in the hit French crime drama Spiral (Engrenages)

on Netflix. The first three seasons of are available for streaming, and hopefully the fourth will be soon, as the fifth season goes into production later this year. 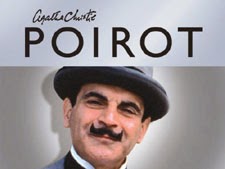 the thirteenth, is to be the last with David Suchet in the role of Belgian detective Hercule Poirot. (Quel dommage.) Suchet is currently filming “Dead Man’s Folly,” one of the final five episodes. The first episode, “Elephants Can Remember,” recently debuted in the UK to the delight of nearly 5 million fans. The other three episodes are “The Big Four,” “The Labours of Hercules” and “Curtain.”

The series airs on ITV in the UK. In the U.S., we last saw first-run episodes of Poirot on PBS in 2011, so hopefully the series will return to Masterpiece: Mystery! in 2014.