The stream of hit shows flowing stateside from across the pond keeps a-comin’. In the form of remakes, that is. The latest announcement comes from CBS, which is bringing a top-rated UK program to U.S. screens, along with the likes of ABC, Fox, and the CW.

Folks with a predilection for food competition shows will get a taste of UK hit The Great British Bake Off in the form of The American Baking Competition, a summer series in which amateur bakers will compete for top honors. It will be hosted by all-American guy Jeff Foxworthy and feature celebrity guest judges Marcela Valladolid, host of Mexican Made Easy on the Food Network, and English chef/author Paul Hollywood, a judge on the Brit hit version. The American Baking Competition premieres on CBS on 29 May. 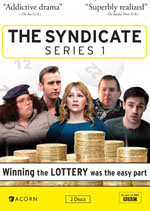 ABC recently announced that it added yet another remake to its list. The network has ordered a pilot for Lucky 7, a remake of The Syndicate,

The first series of The Syndicate followed a group of five supermarket employees who won the lottery, with each episode focusing on one of the winners. The second series will revolve around each of the five public hospital workers who do the same. Assuming Lucky 7 gets picked up after the pilot airs, the series will focus on each of the seven service station employees who strike it rich. 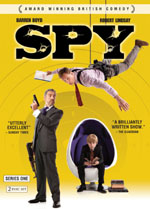 The American Baking Competition and Lucky 7 are just two more in a spate of UK programs being remade in the U.S.

and the CW’s of the drama Metropolis, Netflix produced and premiered the American version of House of Cards,

based on the hit British political thriller of the same name.

And ABC commissioned U.S. versions of the UK comedies Pulling

while Fox did the same for the dramedy Linda Green. 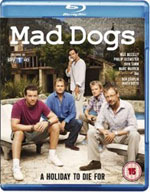 Lastly, Shawn Ryan, creator of The Shield, let it spill on Kevin Pollack’s Chat Show a few months ago that he was developing a remake of the miniseries Mad Dogs

in collaboration with the original series’ creator and writer Cris Cole. Said Ryan: “I’m working with a British writer, Cris Cole, who had a miniseries in Great Britain called Mad Dogs that we’re looking to make as a miniseries over here.”

The UK version of Mad Dogs, which has had three multi-episode series so far with a fourth being commissioned this past January, has been airing on Sky1 and stars John Simm (Life On Mars, whose U.S. remake aired on ABC), Marc Warren (Hustle, of which the TNT’s Leverage was a spin-off of sorts), Philip Glenister (also of Life on Mars and its sequel Ashes to Ashes), and Max Beesley (Hotel Babylon).

In Series 1 of this gripping thriller, they play four long-time friends who have a weekend getaway with a fifth mate (Ben Chaplin, World Without End) at the latter’s casa in Majorca, Spain to celebrate his early retirement. Too bad for them that he gets murdered by a Tony Blair-masked gunman. What they do afterward is… well, you just have to watch it for yourself.