Muah! A Happy Valentine’s Day to you! Love is in the air, so let’s bask in it while the basking’s good, because all is not lovey dovey in the world of British TV. 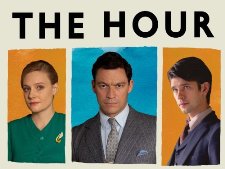 The BBC has fallen out of love with The Hour.

We now have confirmation that there will be no third series of this smart and stylish drama about the behind-the-scenes goings-on of a television newsmagazine launched by the Beeb in the 1950s.

“We loved the show but have to make hard choices to bring new shows through,” said a BBC spokesperson.

Will those new shows, though, be of the same calibre as The Hour?

Even before the final episode aired, UK-based fan girl Alice Stamataki started a petition on Change.org for the BBC to commission a third series. Since then, it’s garnered more than 8700 signatures. The question is: How many more would be needed in order for the Beeb to reconsider its decision?

As a fan myself, I’m disappointed that such a brilliant show is no more, but I also get that the business of entertainment is just that: business.

So, assuming a full-fledged season really is out of the question, I have an idea that could be a workable compromise to at least give The Hour‘s faithful viewers some closure after that doozy of a last episode: A one-off special that would unhang the cliffhanger, wrap up loose ends, and let us know what becomes of Freddie (Ben Whishaw), Bel (Romola Garai), and Hector (Dominc West). 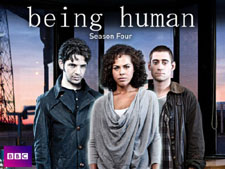 And while it wasn’t necessarily based on a love (or ratings) loss, the supernatural drama series, Being Human,

has also been canceled.

The story of a ghost, werewolf, and vampire trying to live as normally as possible amongst humans has been a hit since the series premiered in 2009, and it has garnered both critical acclaim and award nominations. But winning Best Drama Series at the 2011 TV Choice Awards and Best TV Drama Series at the 2012 Writer’s Guild Awards notwithstanding, BBC Three Controller Zai Bennett stated:

“Being Human has been a fantastic and faithful friend to BBC Three. It’s featured some truly exceptional actors and storylines through the years… However, all good things come to an end, and at BBC Three we’re committed to breaking new shows and new talent…”

So, the fifth season, which is set to air on BBC America this Spring, will be the show’s last.

If you’re wondering whether there’s another petition to save Being Human, there is. It’s here.

Cozy British mystery series The Madame Blanc Mysteries has premiered in the US.