HBO Max announced today its US premiere date for Lucy the Human Chimp and released the trailer for the documentary feature. 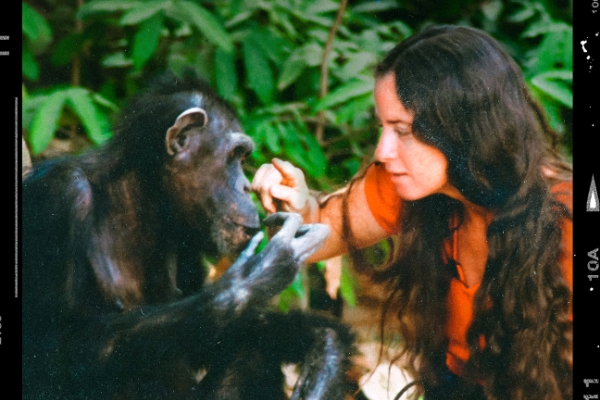 Lucy the Human Chimp tells the profound story of Lucy Temerlin, a female chimpanzee raised as human from birth in a domestic environment, and Janis Carter, the woman who took on the seemingly impossible task of giving her a new life in the wild.

The documentary centers on Janis’s emotionally-charged first-person account of life with Lucy. A story of survival against all odds and an unbreakable friendship across the divide between species, it begins in 1960s suburban America with a radical experiment exploring the boundary between ape and human; it ends decades later in the depths of a remote African jungle. The film includes home movies, archival film, and photographs from the personal collection of Jane Temerlin, the psychologist who initially raised Lucy, and Janis Carter, much of which has been unseen before.

Janis Carter is the only human ever to live as the leader of a group of wild chimpanzees. Lucy is the only ape raised as human ever to live in the wild. Their story raises questions about what divides humans from apes and offers profound discoveries about the values we share with our nearest animal relatives.

“No other human has ever lived like this. It’s a privilege to tell Janis’s story for the first time.”

“Janis has waited 40 years to tell this story. It takes us back to a very different time, but it has a powerful message for today.”

“We are thrilled to be the U.S. home for this fascinating documentary. The relationship between Janis & Lucy must be seen to be believed and we have no doubt audiences will be riveted by it.”

Produced by Keo Films for Channel 4, and directed by Alex Parkinson (Last Breath, River Monsters), Lucy the Human Chimp premieres in the US on Thursday, April 29, exclusively on HBO Max.