Following up on yesterday’s Hulu-related posts, today we delve into the wide array of programs making their way to the ever-expanding British TV catalog at Hulu Plus.

Hulu Plus has acquired thousands of episodes from BBC Worldwide, and rather than inundate subscribers with all of them at once, they’re rolling them out, by genre, every week over the coming months.

BBC science fiction, fantasy, and adventure series landed at Hulu Plus on 18 September, including the original UK sci-fi crime drama Life on Mars, sci-fi phenom and 50th anniversary celebrant Doctor Who, and Doctor Who spin-offs Torchwood and The Sarah Jane Adventures.

Additional sci-fi and fantasy programs now available on Hulu Plus include: Series 1-9 of the hilarious sci-fi comedy Red Dwarf,

and The Day of the Triffids

, all five series of the dinosaurs-still-live show Primeval,

the one and only season of the angels-versus-demons series The Fades,

and the adventure series Robin Hood,

Coming Tuesday, 24 September, are BBC dramas and Masterpiece Classics. Amongst them are: detective dramas Luther,

and State of Play;

He Knew He Was Right,

and the original UK version of the political thriller House of Cards Trilogy.

Balancing out the dramas are BBC comedies, which will have Hulu Plus subscribers laughing out loud beginning Tuesday, 1 October. They include: the uproarious Britcoms Absolutely Fabulous,

The Vicar of Dibley,

and The Young Ones;

mockumentaries Come Fly With Me and Twenty Twelve;

dark comedy Psychoville; and sketch comedy show A Bit of Fry and Laurie. 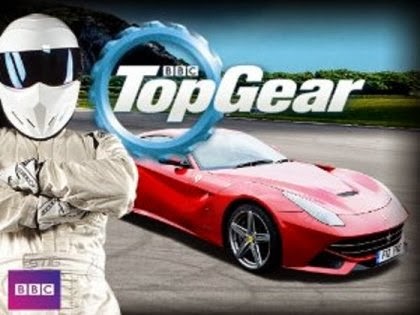 And on Tuesday, 8 October, factual and natural history programs round out the first of Hulu Plus’ additions to its collections of BBC programs. These include the not-for-gearheads-only series Top Gear

and its spin-off Richard Hammond’s Crash Course, plus several of Sir David Attenborough’s award-winning series, such as The Blue Planet,

The Greatest Wildlife Show on Earth, Life in the Canopy, Life in Cold Blood,

Life in the Freezer,

Life in the Undergrowth,

and The Life of Mammals.

For non-Hulu Plus subscribers, many of the new BBC arrivals will be available for a limited time only when they rotate through the free Hulu service.

Hulu Plus Adding a Bevy of British TV Programs
Tagged on: Hulu Plus