The competition between streaming services in the U.S. is really heating up. Not only are they producing their own original content these days, they are ramping up their exclusivity deals for British TV shows, too. 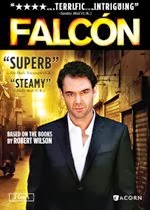 Acorn Media Group is the exclusive North America distributor for the DVDs of a wide array of British television programs, and as such has exclusive streaming rights for many of them on its streaming service Acorn TV. At least for a while, anyway, and certainly for the U.S. and Canada premieres of certain shows.

amongst others, premiered on this side of the pond exclusively on Acorn TV.

And the new series of Foyle’s War,

which premieres on 15 September on PBS’ Masterpiece: Mystery, marks the first time that Acorn Media has produced original programming. After the last series of Foyles’ War aired in 2010, Acorn Media worked closely with series producer Jill Green and creator/writer Anthony Horowitz to develop the upcoming new episodes. If ever there was a program for Acorn Media to start in the production game with, Foyle’s War was it, since the DVDs of the show’s first two series are Acorn Media U.S.’s top two sellers of all time. 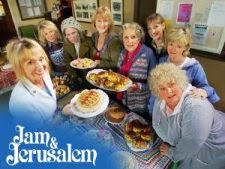 to be the one and only streaming service for Downton Abbey: Season 3,

There are plenty of other British TV programs that are currently being streamed exclusively on Amazon Instant Video, such as the comedies Friday Night Dinner

(which aired under the title Clatterford in the U.S.), dramas Life Begins

and the short-lived but fantastic supernatural show The Fades.

As for original series, Amazon Studios recently gave its customers the ability to watch several pilots for free on Amazon Instant Video and its UK counterpart LOVEFILM, and then to decide which shows should be made into Amazon’s first full-fledged series. Five programs were greenlit, including Alpha House

but none of them are British. Perhaps the next go-round… 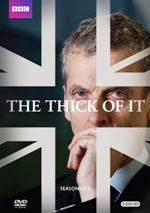 For a number of years now, Hulu Exclusive Series has offered up exactly what its name implies: programs that are (or had been) streamed exclusively on Hulu/Hulu Plus, including the comedies Rev.,

and the entire 33-episode series of fan-favorite mystery Inspector Morse.

Coming later this year are the fifth and final season of the hit Brit sci-fi series Misfits,

as well as the second seasons of comedy Pramface

and the fourth season of the ultra-popular reality series The Only Way Is Essex.

And premiering this autumn is Hulu’s second co-production with the BBC via BBC Worldwide Americas: the comedy thriller The Wrong Mans,

created by and starring Tony Award-winner James Corden (Gavin and Stacey) and Mathew Baynton (Spy). The first Hulu/BBC co-production was the fourth season of the hit political satire The Thick of It,

starring the Twelfth Doctor himself, Peter Capaldi. (By the way, the DVD set of all four seasons of The Thick of It is now available in the U.S. Yay!) 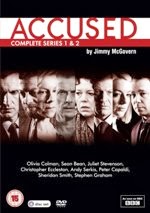 It appears that Netflix was not going to take Amazon’s exclusivity deal for Downton Abbey lying down. The subscription video-on-demand service recently signed “an expanded multi-year licensing agreement with PBS Distribution, making a wide variety of great PBS programming available to Netflix members in the U.S. and Canada.” This agreement includes the exclusive streaming rights for all seasons of the critically-acclaimed British mystery series, The Bletchley Circle,

Also coming soon as a Netflix exclusive is the first series of the Ricky Gervais comedy Derek.

and Waking the Dead,

and the critically-acclaimed dramas Accused

amongst others. (As an aside, one thing that Netflix has that the others don’t is its subscription DVD rental service, which is great for watching many more British television shows that aren’t being streamed anywhere in the States.)

Netflix has been busy on the original series front, too. Its prison drama Orange is the New Black has been a hit, and its production of the fourth season of Arrested Development, after the show’s seven-year absence from the small screen, made headlines. But the huge news was Netflix making history when it became the first non-broadcast or cable network to receive a Primetime Emmy Best Drama Series nomination for its remake of the hit British political satire House of Cards.

So, what does all of this mean for British TV fans? Well, more programs to watch (or binge watch, as your wont may be), but also fewer places to catch up on missed episodes that have aired on telly or series that are new to the U.S. Then there’s the the added cost for streaming shows on demand from services one doesn’t already have or from those that charge for shows on a per-episode basis. For now, I think the competition between the streaming services and the programming variety they offer are all good, but we’ll have to wait to see the extent to which the costs for exclusive deals and original content get translated into our streaming video subscription and video-on-demand usage fees.