One week ago this evening, I was rockin’ out at the Paul McCartney “Out There” concert. Sir Paul was in fine form, performing solo, Wings, and Beatles hits and regaling fans with some very cool stories during his three-hour show at Nationals Park. And the fireworks during “Live and Let Die” were spectacular. Which brings me to music in British TV… 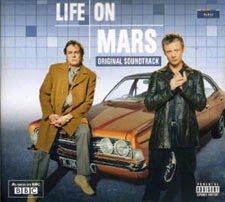 is one of the songs on the soundtrack

to the sci-fi-ish crime drama Life On Mars.

It stars John Simm as DI Sam Tyler, a detective who somehow time-travels from 2006 back to 1973 after he gets hit by a car, and Philip Glenister as his bully of a boss DCI Gene Hunt. The arc through both seasons is Tyler trying to figure out how he got to where, make that when, he is and how to get back to when he’s from, with episode storylines dealing with various crimes and criminals.

Life on Mars is on my list of must-see British TV series (and I’m sure I’m not alone with this), and its soundtrack is a must-listen-to for folks who dig ’70s tunes, such as “Life On Mars?“

According to the series’ Wikipedia page, 70 songs were used over the course of Life on Mars‘ two series, but the 24 tracks on the CD represent well Sam Tyler’s time as a man out of (his) time. 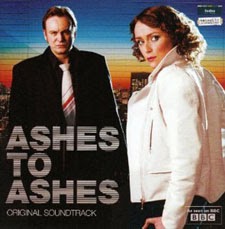 the Life on Mars spinoff, has three soundtracks,

one for each series. The program stars Keeley Hawes as DI Alex Drake, a cop who gets shot in 2008 and regains consciousness in 1981, with Glenister reprising his role as DCI Hunt. Drake fights crime and corruption alongside Hunt and other cops from Tyler’s days, all while trying to figure out how to get home, physically and metaphysically, to her daughter.

Each of the Ashes to Ashes soundtracks is decidedly new wave in flavor, which makes sense, since so many artists hailed from the UK during the ’80s. Many of my faves are on the soundtracks, including “(We Don’t Need This) Fascist Groove Thang“

(Ah, the memories. Most of the songs I played as a deejay at uni and at parties were new wave. I feel like getting my dance on now.)

Anyhoo, none of the streaming services in the U.S. have either Life on Mars or Ashes to Ashes, but Netflix has the DVDs for Life on Mars, and select local PBS stations occasionally air one or both series. Check your local listings. 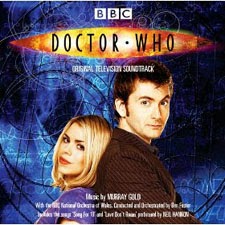 When it comes to intentional time travel, there is, of course, Doctor Who.

Not only does this worldwide phenomenon have several soundtracks

featuring the BBC National Orchestra of Wales, it boasts many hits in classical and popular music in both the classic and reboot series. For example…

It’s too bad the BBC hasn’t offered a compilation of these tunes, but it could for the 50th anniversary! worth checking out is the one to the BAFTA award-winning sci-fi dramedy Misfits,

about a group of ASBOed young offenders who gain supernatural powers as a result of a freak lightning storm while they’re doing community service.

the series’ theme song, is ear-catchingly addictive (or annoying, depending on your point of view). And the rest of the tunes run the hard-core gamut, from the likes of The Fratellis’ Creepin Up The Backstairs“

and Grace Jones’ “I’ve Seen That Face Before (Libertango)“

to Echo & the Bunnymen’s “The Killing Moon.”

The show is going into its fifth and final series later this year, and you can stream or download the first four on Amazon Instant Video,

Hulu/Hulu Plus, iTunes, and Vudu.

Netflix has DVDs for the first two. 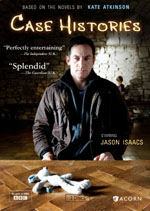 On the mellower side are the songs heard during the mystery series Case Histories,

which stars Jason Isaacs as private detective Jackson Brodie. He’s haunted by events from his past, and both the Edinburgh scenery and mostly country soundtrack are moodily apropos. Songs include “Speed of the Sound of Loneliness“

Unfortunately, there isn’t a CD compilation of the songs. However, you’ll find all the songs from Series 1 on the PBS Masterpiece music page for Case Histories (where you can also purchase them and support PBS), and the BBC has a list of the songs for Series 2 on a FAQs page.

Speaking of, the second series of Case Histories

recently finished airing in the UK, and PBS has not yet announced if or when the public television network will air it stateside, so stay tuned. Thankfully, Season 1 is still available for streaming at Amazon Instant Video

and the DVDs are available at Netflix. 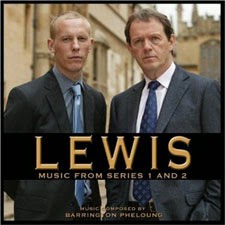 And for fans of classical music and opera, there are soundtracks from three of the top British mystery programs: Inspector Morse,

which is currently airing in the U.S. on PBS.

Most of the Morse

collections consist primarily of Barrington Pheloung’s compositions, which are simply exquisite listening. For the arias and other classical pieces, there are The Very Best of Inspector Morse

On a related note, if you enjoy classical instrumentals and soft, melodic vocals, check out the Downton Abbey soundtrack

and Downton Abbey: The Essential Collection.

Coda: I hope you’ve found a few goodies here to add to your music collection. Enjoy.