British actor Daniel Day-Lewis pulled off an Oscars hat trick last night, the only one of its kind currently in the record books. Yes, ladies and gentleman, he became the only actor in Hollywood history to win the Academy Award for Best Performance by an Actor in a Leading Role three times.

Few in the motion picture industry have made it into the Academy of Motion Picture Arts and Sciences’ three-peaters club. And only one other has done what Day-Lewis just did: create a league of their own. 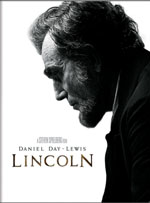 For his portrayal of the 16th President of the United States in the Steven Spielberg-directed film Lincoln,

By the way, of the 27 nominations Day-Lewis received for his playing the role of Abraham Lincoln, he won 18, including: 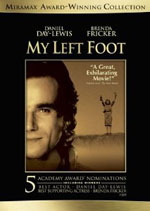 Day-Lewis’ history making began in 1990, when he was a first-time Best Leading Actor Oscar nominee and winner for his portrayal of famed Irish writer and artist Christy Brown in My Left Foot.

(It was during the production of My Left Foot that Day-Lewis, as the nearly-completely paralyzed Brown, began to remain in character both on and off the set until filming was complete. Can you imagine? Talk about method acting.)

His second Academy Award nomination came four years later for his portrayal of Gerry Conlon, the real-life Irish ne’er-do-well wrongfully accused, convicted, and imprisoned for a terrorist bombing in England, in In the Name of the Father.

Then in 2003, Day-Lewis received his third Oscar nod, this one for his performance in Gangs Of New York,

in which he played gang leader and murderer Bill “The Butcher” Cutting. 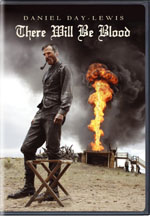 Five years later, he won his second Best Performance by an Actor in a Leading Role Oscar for playing the greedy and ruthless silver miner-turned-oil baron Daniel Plainview in There Will Be Blood.

Another five years brought us to the 85th Academy Awards last night, and Day-Lewis’ third Oscar win. What an accomplishment!

Other actors and actresses have won three (or more) Academy Awards, just not all (or any) in the Leading Role category… with one exception aside from Day-Lewis. They include:

The only acting professional who has matched and exceeded Day-Lewis’ Oscar record is Katharine Hepburn, who won four Academy Awards and all for Best Actress in a Leading Role.

It’s possible that Day-Lewis will be able to tie Hepburn. What’s his next film?