Now that “The Snowmen” has aired, waiting with bated breath continues for Doctor Who: Season 7, Part 2 and, of course, the 50th anniversary. In another Brit TV program dimension, our wait will soon be over for Downton Abbey: Season 3, which premieres on 6 January 2013 ON PBS.

PBS Masterpiece has released a 10-minute sneak peek video of Downton Abbey, which is currently available only on the PBS Facebook page. (As of this writing, there are still issues with the video loading properly.) 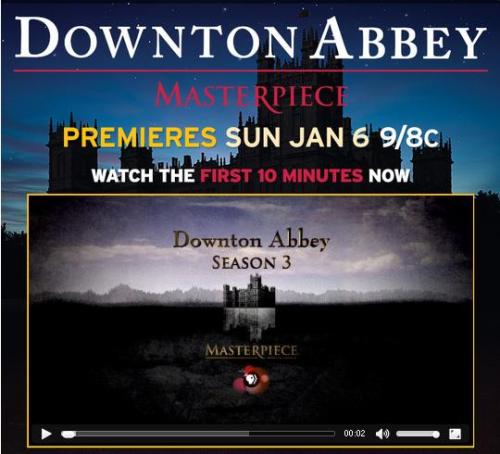 The BBC and BBC America also have new Doctor Who videos up. First up: a recent Q&A with Matt Smith, Jenna-Louise Coleman, and Steven Moffat, in which Moffat explains the reasoning behind the new design of the TARDIS interior.

If you haven’t yet seen “The Snowmen,” here’s a clip of The Doctor and Clara inside the new TARDIS. (BTW, “The Snowmen“

is now available for streaming at Amazon Instant Video.)

And here’s a teaser video of what’s to come in Doctor Who: Season 7, Part 2. (I spy British TV and film stars Diana Rigg and Celia Imrie in guest roles.)

In other Who news, the BBC is releasing the DVD for “The Reign of Terror“

This is one of the episodes with missing parts, so Parts 4 and 5 (“The Tyrant of France” and “A Bargain of Necessity”) of this 6-part episode have been recreated using animation with original audio. In the story, The Doctor, his granddaughter Susan, and companions Ian and Barbara travel to July 1794. Just outside of Paris, The Doctor has not one but two run-ins with Robespierre, while Ian and Barbara have one of their own with Napoleon Bonaparte.

Pre-order your copy of “The Reign of Terror” DVD here. 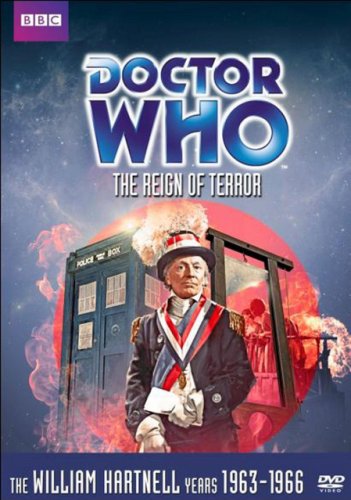 Lastly, the Royal Mail in the UK is issuing commemorative 50th Anniversary Doctor Who stamps in March 2013. Each of the eleven Doctors will be on a first-class stamp, while four villains — a Dalek, Ood, Weeping Angel, and Cyberman — will be on a sheet of second-class stamps along with a TARDIS first-class stamp. Register on the Royal Mail website to order yours. You won’t be able to use them to post mail if you’re outside the UK, but so what. They’re fab to just have!