A detour from British TV to British rock ‘n roll today… I went to The Who “Quadrophenia and More” concert last night, and it was bloody brilliant. 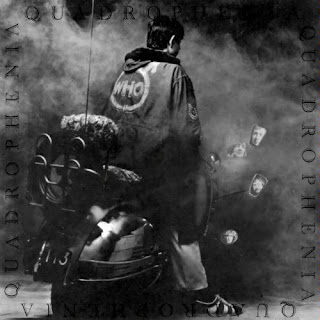 Unlike their Quadrophenia tour in ’96/’97, which I saw three nights in a row at Madison Square Garden (and lost my voice for several days from singing and screaming my bloody head off), this show doesn’t have guest stars. No Phil Daniels, Stephen Fry, David Gilmour, Gary Glitter, or Billy Idol. Instead, it had John Entwistle and Keith Moon “performing” with the band again, the former doing a bass solo during “5:15” and the latter doing his bit during “Bell Boy” as only each of them could.

And no show of The Who is complete without a few of their classic hits, such as “Baba O’Riley.”

If you have the opportunity to see the show, take a hint from Pete Townshend and GO. As he said about returning to the stage with Roger for Quadrophenia, “We’ve been anxious to work together before we drop dead.”

Regularly scheduled British TV programming posts will resume on Friday. Until then, enjoy the tunes…

Not The Doctor, but The Who
Tagged on: Quadrophenia    The Who