This past week has been a doozy. I felt unwell during much of it, so I did what any Brit TV-loving person would do. Namely, got lots of rest, drank lots of fluids, and watched lots of British TV. Specifically, most of the David Tennant episodes of Doctor Who. Scary aliens and monsters aside, moments such as when The Doctor asks, “Are you my mummy?” in “The Poison Sky” were enough to make me laugh out loud and feel better. 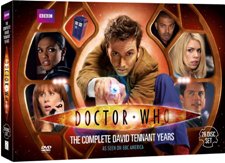 Now onto some British TV news… 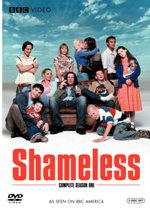 Paul Abbott, Company Pictures and Channel 4 (UK) announced yesterday that they are bringing the award-winning drama series, Shameless, to an end. The eleventh and final season, which marks the ten-year anniversary of the program, will consist of fourteen new episodes and air in the UK in early 2013. According to Channel 4, “Creator Paul Abbott is story-lining the full series and is planning a suitably Shameless finale for this blisteringly funny and offbeat drama series.”

If you haven’t seen the original UK version of Shameless, it follows the life of feckless anti-hero Frank Gallagher (David Threlfall, Master and Commander, Patriot Games) and those of his family, neighbors, and other colorful characters living on the Chatsworth Estate in Manchester. Since it premiered, many of the actors have gone on to become top British television and film stars, including James McAvoy (, State of Play) and Anne-Marie Duff (French Film, The Virgin Queen).

Of the 125 episodes of Shameless that have been broadcast to date in the UK, the first 50 (Seasons 1-5) are available for streaming in the U.S. on Hulu and Netflix. 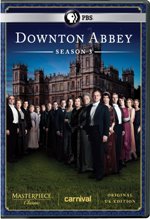 As the goings-on at the Chatsworth Estate come to a close, the question of whether a Downton Abbey prequel will come to life has arisen. Julian Fellowes told the audience at a BAFTA Screenwriters Lecture, “I do actually have an idea of doing a prequel of the courtship of Robert and Cora, when all those American heiresses were arriving in London.” He spoke of it being in book form, but with the success of the series, a television adaptation is almost a given.

Said Fellowes, “They had a slightly troubled courtship, because she was in love with him before they married, as we know, and he married her entirely for her money… I sort of feel there’s something quite nice in there because he’s a decent cove, and so he feels rather guilty about this, which has affected their marriage beyond that.”

He added, “For me, any other books or plays or films should follow after the end of the television show… I don’t think you can continue a narrative in more than one area at once.” While no contracts have been signed as of yet, it is expected that ITV will commission a fourth series of Downton Abbey, which would most probably air in the UK next year and in the U.S. in 2014. So, it would be a few years before the prequel would hit our shores, but still. Knowing that it could be in the offing is something to look forward to.

Speaking of the fourth season, rumor has it that both Dan Stevens and Michelle Dockery have expressed interest in working in the U.S., so it’s unclear if either would return for it. Stay tuned.