Following up on my post about lesser-known female characters worth watching on British TV shows, we look today at male characters. Specifically, five of the many on whom I have a crush. I want to be clear that it’s the characters and not the actors who are the object of said affection, because I haven’t met any of the actors in real life, while I do have an avid viewer’s perspective on these roles that they’ve played.

Some of these characters might be well known to you while others might not. For the former, if you know them well, then I think it’s safe to say that you enjoy watching them; for the latter, they may be ones you’d like to watch. Either way, I think they’re brilliant and worth watching.

As noted, this is not my full list by any stretch. There are so many great crush-worthy characters, this post would go on forever if I included them all, so we’ll look at more another time. For now and in no particular order, here are my first five: 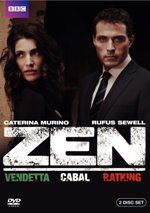 Aurelio Zen — Of the series Zen and played by Rufus Sewell. Seriously, what’s there not to like about Zen? The man oozes charisma. He’s gorgeous, suave, and wears Italian suits. (Sure, he lives with his mom and he smokes, but she seems nice enough and bad habits can be overlooked.) He has smarts, wit, integrity, and also a sly side, one that he’s not above using to get the better of some of his superiors. Really, he’s the cat’s meow as far as British TV detectives go.

Unfortunately, BBC One controller Danny Cohen canceled Zen, despite its relatively high ratings, because he “felt that we risked having too many male detectives…” Oh well, at least we still have the DVD. 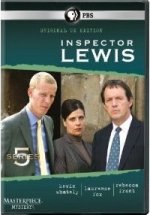 James Hathaway — Of the series Inspector Lewis and played by Laurence Fox. Hathaway has got to be one of the coolest detectives of British TV. The dude plays the guitar, wears skinny ties, and has the occasional smoke. He’s Oxford educated, cool and calm, and a tad timid around the ladies. But don’t let this cerebral half of the Inspector Lewis detective duo fool you; he can rough up (not beat up) someone when the occasion warrants it. Brains and brawn. Gotta love it.

Series 6 has aired in the UK, but not yet in the U.S., and as I understand it, Series 7, which looks to be the last, has begun shooting. I look forward to seeing more of Hathaway (and Lewis, too), for sure. 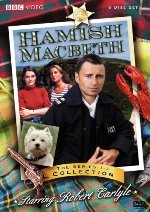 Hamish Macbeth — Of the series Hamish MacBeth and played by Robert Carlyle. Okay, he’s another smoker, and he may tie one on every once in a while, but still. Macbeth is an all-around, down-to-earth good guy, the lone constable for, and a pillar of, the small Scottish community of Luchdubh. Despite some of the wacky story lines, he’s one of the most real characters I’ve seen on British (or any) TV shows, and I think it’s this quality that makes him so endearing. Plus, how can you not like a guy who brings his dog with him just about everywhere, and a really cute dog at that?

The show ran for three seasons from 1996-1997 and has yet to be made available for streaming in the US. 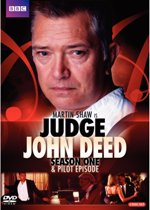 John Deed — Of the series Judge John Deed and played by Martin Shaw. Before I saw this show, if anyone would have told me that I’d have a crush on a man (I mean, character) who’s twenty years my senior, I would have laughed. Well, the laugh’s on me, because John Deed is another one whose charm and charisma slay me. The downside is that he can be quite the Lothario; however, this is one of the things that makes him so intriguing and the show so great. While he doesn’t wear Italian suits (that I know of) or skinny ties, he does drive an Audi TT (and on one episode, a Porsche 911). And he’s a high-ranking judge with power and heart, if not morals and ethics, and a cute dog that his daughter rescued from a testing lab.

Season 6 DVDs are being released on August 14, and I can’t wait! 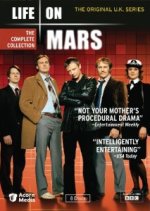 Sam Tyler — Of the series Life On Mars and played by John Simm. Here’s a guy who’s literally behind the times, thirty-three years in the past due to some fluke of the space-time continuum. But so what. He looks fab in bell bottoms. And he’s another detective with integrity and heart, albeit one who occasionally sees and hears things from his actual present (or should that be future) life. His fellow cops may think he’s a nutter, but really he’s quite grounded. He thinks fast on his feet, pulls no punches (except when he does), and just wants to do the right thing. That he also wants to go home is understandable.

I hope you enjoy these characters as much as I do. Who know? You might develop a crush on them, too.