Ah, The Paradise… Fans of the hit BBC department store drama will be glad to know that another series is coming, as will several new characters. 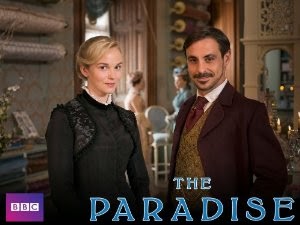 Said Daniels about his new role:

fan and when Bill Gallagher said he was writing a new character for The Paradise and had me in mind for the role, I knew I wanted to play Tom Weston before I’d even read a word of the script. Tom’s a fascinating animal and will certainly be ruffling a few feathers (and silks!) along the way.”

The Paradise: Series 2 premieres on BBC One this Sunday, 20 October. Fingers crossed that it will cross the pond to PBS Masterpiece sometime in 2014.

Viewers in the US who haven’t seen or need to catch up on the first two episodes of Series 1 can do so at the PBS website, Amazon Instant Video,