For folks in the U.S. and Canada who aren’t already subscribing to Acorn TV, the streaming service has another opportunity for you to check it out. For zero dollars. And this time for one month.

And right now is a great time to take Acorn TV up on its offer for several reasons. 1: British TV programs that aren’t being streamed anywhere else.

set in 1920s Melbourne and starring Essie Davis (Girl with a Pearl Earring) as the glamorous lady detective Phryne Fisher. Acorn TV is currently streaming episodes from the first series of both programs.

Also streaming at Acorn TV only are all 18 episodes of the sitcom No Job for a Lady,

starring Penelope Keith (To the Manor Born) as newly-elected and put-upon Labour MP Jean Price, and the gripping third story in the Above Suspicion series, Above Suspicion: Deadly Intent,

starring Kelly Reilly (Sherlock Holmes) as DI Anna Travis and Ciarán Hinds (Game of Thrones) as DCS James Langton, who are on the hunt for a former-cop killer and a stash of deadly drugs. 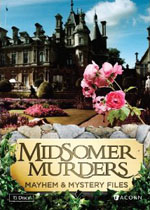 Everything Doc Martin is being streamed at Acorn TV through 27 January. That includes all 30 episodes from Series 1-4

and 8 episodes from the recently-released Series 5,

plus both Doc Martin movies,

collection, with John Nettles as the unflappable DCI Tom Barnaby and Jason Hughes as his trusted sergeant DS Ben Jones. This marathon runs through 10 February. 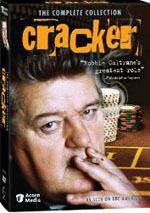 Come Sunday night, 20 January, Acorn TV is moving the following shows off its list of streaming programs and replacing them with others: the legal drama, The Brief,

in which James Nesbitt stars as Dr. Gabriel Monroe, a gifted neurosurgeon whose skills in dealing with people are less well-honed than those in working with brains. (It’s been compared to House, but it’s really quite different. Less dark and dire, more humor and heart, I’d say.)

Those are just some of the British TV programs currently being streamed on Acorn TV. Catch them here while they’re free.

Coming up later this month are the sitcom Chance in a Million,

and the classic drama The Prime of Miss Jean Brodie.

There you have it. Get more of your Brit TV on with Acorn TV’s free month-long trial offer today!