As we wind down the final hours of Labor Day, I hope you’re enjoying the last bits of this three-day holiday weekend. In light of this “national tribute to the contributions workers have made to the strength, prosperity, and well-being of our country,” I thought I’d map a few labor-oriented British TV series and miniseries onto our American holiday for your enjoyment. 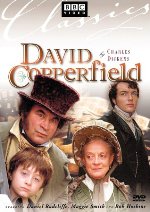 David Copperfield — The BBC adapted Charles Dickens’ favorite and most autobiographical book into this miniseries, which later aired on PBS as part of its Masterpiece series. It follows the life of the title character from boy- to manhood, including his miserable existence while working at a factory in London. Starring Daniel Radcliffe (Harry Potter) as the young David, Bob Hoskins (Mrs. Henderson Presents) as Mr. Micawber, Maggie Smith (The Best Exotic Marigold Hotel) as Aunt Betsey, and Ian McKellen (The Lord of the Rings) as Mr. Creakle, the four-part series is available for streaming at Amazon Instant Video and the DVD is available through Netflix. 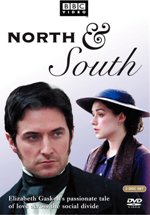 North & South — This miniseries follows Margaret Hale (Daniela Denby-Ashe, My Family) as she and her family move from the south of England to the fictional industrial town of Milton, Darkshire in the north. As they adjust to life amidst class and gender issues, she meets and grows increasingly attracted to John Thornton (Richard Armitage, MI-5), the owner of the local cotton mill. Costarring Brendan Coyle (Lark Rise to Candleford), Tim Pigott-Smith (The Hour), and Sinead Cusack (Oliver’s Travels), the four episodes are available for streaming at Amazon Instant Video and Netflix. 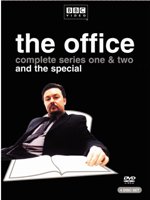 The Office (UK) — You may be a fan of the hilarious U.S. version, but have you watched the original UK version? Starring Ricky Gervais (Extras), Martin Freeman (Sherlock), Mackenzie Crook (Pirates of the Caribbean), Lucy Davis (Married Single Other), et. al., this mockumentary chronicles the trivialities and banalities of work life set in a branch office of the Wernham Paper company, where “life is stationery.” And it’s a scream. You can stream all fourteen episodes at Amazon Instant Video, Hulu, and Netflix. 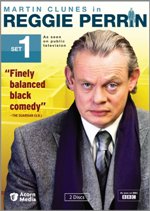 Reggie Perrin — This remake of the BBC comedy that aired in the ’70s is another sitcom set in an office, and stars Martin Clunes (Doc Martin) as the show’s namesake character, a project executive in charge of disposable razors for Groomtech Industries. Poor Reggie is going through a midlife crisis and indulges in bits of hilarious fantasy to escape. It costars Fay Ripley (Cold Feet) as his wife, Neil Stuke (Grafters) as his boss, and Lucy Liemann (The Bourne Ultimatum) as his fantasy paramour, and all twelve episodes are available for streaming at Acorn TV (through October 14), Amazon Instant Video and Netflix.

Laborers of the U.S, I salute you.

(Cited text excerpted from the U.S. Department of Labor website)